Who's Next To Leave Tweed? Waiting For The Exodus. 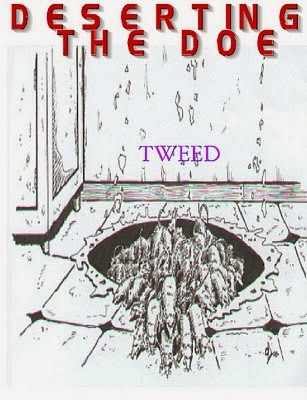 The New York Times broke the news that Tweed flunky and Deputy Chancellor Shael Polakow-Suransky is resigning in the next four to six weeks to run a college.  I guess he realized his days were numbered as the many questionable and failed initiatives he championed under Bloomberg are expected to be dismantled in the De Blasio Administration and he knew it was time to go before he was terminated by the new Chancellor

It was interesting how in the last six months he went from a data-mining advocate, the issuing of school grades, using  "standardized testing" by selectively screening students for the screened small schools, and a teacher accountability maven, a true education reform believer that gave blind obedience to Bloomberg's flawed and failed education policy to vaguely recommending some small changes.  Too little and too.late" Shael.  I almost laughed when he wanted the Chancellor's job under the De Blasio Administration.  I had a better chance than Polakow-Suransky to be Chancellor.  Moreover, we all saw how well he put teachers to sleep at Cardozo High School when he unsatisfactorily tried to explain the teacher evaluation system to a bored staff on a professional development day.  Shaul Polakow-Suransky is just the first to leave and I'm waiting for the rest of the "gang of eighteen" to leave before they are kicked out.

I hope as President of the college he doesn't have to teach  otherwise, the students will be dropping out of college real quick. Normally, I would say "good luck" but considering all the academic damage that occurred under his watch, the appropriate response is "good riddance" and "don't let the door hit you in the butt on the way out"
Posted by Chaz at 7:49 PM

He didn't just put people to sleep at Cardozo Chaz - he put anyone (teachers, principals and assistant principals) in the system's five boroughs to sleep with that webinar or whatever one calls it. The man is as exciting as watching a beard grow.

It's a pity Bank St. Has fallen into the river...

The Board of whatever college is foolish enough to hire Suransky should be replaced immediately: why on earth would you hire someone who spent their time closing schools?

Totally dangerous, for staff and students not to be home today. I was nearly killed trying to drive home yesterday at 2:30 PM. I guess DeBlasio doesn't give a s--t.

Bank Street's reputation just tanked - who would go there now knowing he is in charge - what a piece of garbage. The only thing he should be in charge of is killing the cockroaches in Tweed.

If you read his interview clearly he was told to leave and this Bank St. gig is just a placeholder. He said that he had a "conversation" (aka you're fired) with Farina and de Blasio and that he was "grateful" that they discussed his "options." Spending more time with his community college/family, I guess.

I know I rant about this a lot but it makes me angry when Tweed people and administrators are given this dignified way out, no matter how incompetent/unethical they've been. They're allowed to stay on until they find another job in Long Island or are old enough to retire. Teachers meanwhile are put on the inquiry list and barred from things like after school tutoring.

Why don't they throw them all out, blow up the building, and then salt the ground so nothing can ever grow there again?

He'll still be a major Ed,reformer - producing "state of the art" teachers for the NYCDOE...at Bank St.

I work at Clinton HS in the Bronx. Suransky gave his pal and former deputy chancellor Santiago Taveras the executive principalship where he earns heavy $$. So far he's a bust and is certainly no genius. It's a failing school that's going further and further to crap under this principal, who helped close schools with Suransky. They just don't make em like they used to. The teachers are so far beyond with intelligence than administrators. If they were still closing schools, Clinton would be first. Taveras gets a free pass.

Unfortunately, he'll be quoted constantly in the NYT, and held up as an "expert" on Ed. Reform. Bad...But if the worm turns here in the entire debate and practice of reform , and news of Bloomturds atrocities surface-he will look like the corporate clown he,truly is.

dont forget his colleague Norma A. Vega of ELLIS PREP ACADEMY, work with him from Bx International n before in BK. ELLIS was reported i NY POST for fraud. Her first teacher included husband of CFO of coverage deputy of acctblty office. Vega paid n bonus her teachers, eatig out, brodway tixs, spending at staples, new personal laptopps,including getaway to Long Island for so called instruction which drunkeness n sex lead to separation of CFO n her husband teacher n later cover up of sexual relationship with Vega knowing on school budget. Obvious, Shael will deny. When Liu published his reported shael office covered for vega bc it would include his cfo n friends.

WOW, the cfo for shael was veronica comforte. she is now working in another state. LOL

Maybe a Federal Investigation should be started in NYC as to why the cost using tax payer monies is such a high cost at the dissatisfaction of all sides for public education then other states with large school systems. Starting with Columbia University and funding,Eric N. and Shael P.

Make a statement to question Shael if Norma Vega a personal friend. Vega was network administration supporting P cards through JP Morgan Chase before an underling under him. The connection is then Eric N. Diane R. right on, corruption both federal and local to keep their job and status. The money is from taxpayers. Columbia University may need to conduct their own investigation as with South Africa to divest.