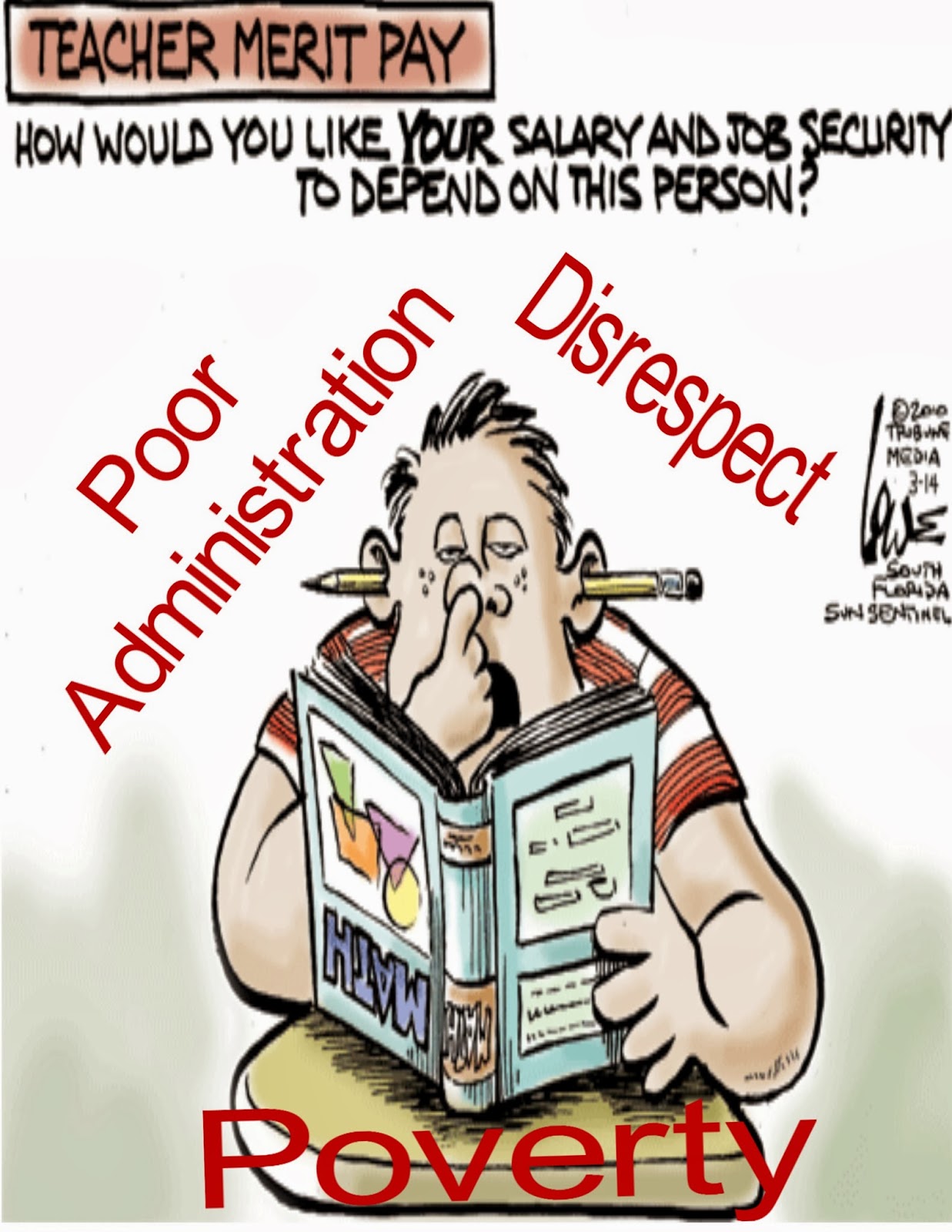 Governor Andrew Cuomo in his education speech protected the increasingly criticized "Teacher Evaluation System" and "Common Core"  as expected.  However, he surprised some by advocating a "merit pay plan" for "highly effective teachers" who work in struggling schools with bonuses of up to $20,000.  The problem with the Governor's "merit pay plan" is that "merit pay doesn't work"!

"Merit pay schemes" have been around since the beginning of the 20th Century and has resulted in disappointing results and abandoned, yet education reform groups believe that "merit pay" is part of the answer to improve student academic achievement.  In 2008, Mayor Bloomberg and Joel Klein, with much fanfare, rolled out a "merit play program" that failed and was quietly discontinued in 2010.  Apparently our Governor's education policy is influenced by education reformers like NYSED Commissioner John King and the "behind the scenes" group of ed deformers that are not accountable to the public and lack the institutional memory that would show that all these "merit pay schemes" have resulted in failure. The question is "why doesn't merit pay work"?  The answer is the flawed assumptions that people who make education policy, who never taught in the classroom, make.

First, These policymakers falsely assumes that "dangling a carrot" in the form of money will make them better teachers.  The reality is that the majority of teachers try their best to have their students achieve academic competence and no monetary incentive will make a "hard working teacher" do any better.

Second, the failure to understand that teacher success is also based upon a good school administration that supports and collaborates with the teacher.  Furthermore, the school must have adequate resources and a stringent student discipline policy.  Remember "it takes a village" for a child to succeed academically and that's true for a school.

Finally, the education reform groups ignore the social economic conditions that a child grows up in.  This "baggage" accounts for the vast majority of a child's development and cannot be ignored. Yet, education reformers like "Joel Klein" will clam that "poverty is no excuse"  However, poverty is strongly linked to academic outcomes and another reason that "merit pay" is doomed to failure.

In addition, Andrew Cuomo will certainly use the "junk Science" of "Value Added Measurement" (VAM) as the basis of determining "highly effective teachers".  Meaning that many schools will concentrate on the English and Math tests and conduct constant test preparation and marginalizing the other academic subjects.   However, if the school has a high percentage of "high needs students" like English Language Learners, Self Contained Special Education, and deep poverty the VAM wll penalize these students and the teachers that instruct them.  Therefore, the ."merit pay scheme" will be a failure and will never succeed, even if it's implemented
Posted by Chaz at 9:50 AM

What is the best way to get in touch with you? I have a few questions about the ATR situation and would like to contact you not using this comments page. Thanks

This governor needs to be thrown out with Bloomberg!

The article in NY Post on 106 is True. Many of the things reported are true. SCI will investigate the other claims the Post has made about the Federal Grant money and budget.