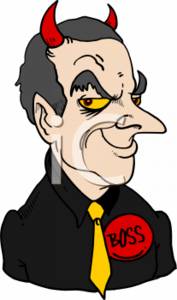 Yet another Principal, with a record of allegations against him, is still in charge of his school despite having  two separate lawsuits filed against him by female staff in federal court who claim that he harassed them out of the school.  The Principal is none other than Leadership Academy Principal Howard Kwait of John Browne High School. Mr. Kwait has been in the news previously for his questionable actions as Principal.

In June of this year investigators reported three separate cases of harassment by staff but the DOE chose to ignore the investigator's report.  Before that the Conflict Of Interest Board fined Mr. Kwait $4,500 for his vacations with a school aide.

It was at John Bowne that an Indian diplomat's daughter was falsely arrested for cyber bullying and eventually won a lawsuit against the City, school, and the Principal which resulted in a $225,000  settlement from the City for the false arrest.

Since taking over the school as Principal back in 2006, Howard Kwait has been in and out of trouble but due to the apparent protections that he enjoys at Tweed, he has never had to face charges that would have resulted in the removal of most others.   For example while he was accused of changing grades by some staff, the DOE did not seriously investigate the charges,

Principal Howard Kwait is just another example of the DOE's "double standard" that ignores evidence against administrators while removing teachers and filing 3020-a charges against them for far less offenses and allegations.  To find an updated list of Administrators in need of improvement go to the DTOE website.
Posted by Chaz at 4:01 PM

True story - A parent complained to a principal that a teacher slammed a book on the (the teacher's) desk due to frustration from misbehaving kids. The parent claimed that the slamming of the book "startled" her child and made her child feel "uncomfortable". Principal did not speak one word to the teacher.

Instead, principal dialed OSI to launch an investigation. HOW SICK IS THAT???

How many teachers do YOU know who have slammed a book on (the teachers) desk? I'd say MANY!!! Right or wrong?

thanks for the article. something needs to be done about this guy. a real piece of work. abuses staff members all day long

Cruz is still the worst. No one wants to work for him - his school has a million vacancies - tons of teachers teach out of license - some teach 4 classes - some teach 6- students are out of control they walk in and out of class rooms at will - and entire staff is either untenured or atrs who were forced to work for him against their will. It is a terrifying place - everyone hates him.

Although I don't always agree with you at least in your last post you used data about the schools to highlight the schools. Here you are just using news articles. How often do the papers write about a teacher "in trouble" and because they write about it it must be true. Not defending this guy but what does the data say about this school?

He is a vindictive person who has filed quite a few 3020a charges against teachers he doesn't like.

The data looks ok but he forces teachers to pass students and has filed quite a few 3020a charges against dozens of teachers over the last 7 yrs for less charges. Not my opinion but fact! Its true all day long my friend just ask the staff. They might be afraid to tell you thats how bad it is at that school. Ok from the outside but terrible from the inside.

He are the facts. Howard Kwait was fined $4,500 by the COIB. He was sued for having a student falsely arrested that cost the City a $225,000 settlement. He had a substainiated investigation based upon three staff member harassment complaints, not one.

Yes, I know you can't trust the newspapers and I do know that but these are facts not simply allegations.

DAVID JIMENEZ FROM MANHATTAN CENTER FOR SCIENCE AND MATH. THIS WITH OUT A DOUBT IS THE WORST PRINCIPAL IN THE CITY OF NEW YORK

How is Iris Blige of Fordham Arts still around?? This woman principal was found GUILTY but still remains as principal at Fordham Arts??? The entire staff there fears her...word is that she is practicing witch craft and this needs to be investigated as we cannot have principals participating in witch craft!!!!! The DOE needs to remove this principal for the benefit of all...teachers, students and office workers whom I feel so sorry for as blige has them working in tremendous fear. This bull crap is really disturbing...Is the DOE really this dysfuntional that they cannot remove a principal whom the entire school dislikes?? Even other schools in the building despise this principal...If someone from DOE is reading this you really need to remove this principal believe me.

This is the third time Kwait is involved in a sexual scandal at Bowne. He really likes the ladies. He's a predator and surely the DOE will just sweep this under the rug.

This jerk was also having an affair with that psychopath principal from Bryant, Dwarka ( the absolute most disgusting person you ever would meet )when she was an AP in his cabinet. She left and then they got engaged. That must have been some nuthouse. She must of dumped him because of his interest in other women and he dumped her because she is a drunk ( see facebook page - dwarka must go. How in the hell are these criminals still in charge of schools. The DOE is a disgrace

The UFT needs to get our minds off their complacency and complicity, so they have organized a march against discrimination. Try not to fall off your chair- the email is from the very same Leroy Barr who spoke out against ATRs having their own chapter. The very same UFT that is discriminating against 2000+ of its own members.

How bout Shadia Alvarez who was fired from Collegiate Institute For Math and Science for mishandling over $100,000.00. Never even made the press. A real POS!

We are drafting a letter to Ernie Logan... " Curb your members or we will."

Dwarka(Bryant HS) is by far the biggest piece of trash of them all.

Dwarka has pushed 100 experienced professionals from the school, now she is producing the worse results ever.

Isn't it funny!!! Every single administrator deemed "Bad or Worst" are graduates of Bloomberg's Leadership Academy!!!!!!! Makes you think

DWARKA LIKES TO RUN THE SCHOOL LIKE A. BULLY, CHANGES GRADES, HARASSES AND DISCRIMINATES OLDER PROFESSIONALS, HAS BEEN THROWN OUT OF SCHOOLS