Common Core Is A Disaster For Special Needs Children. 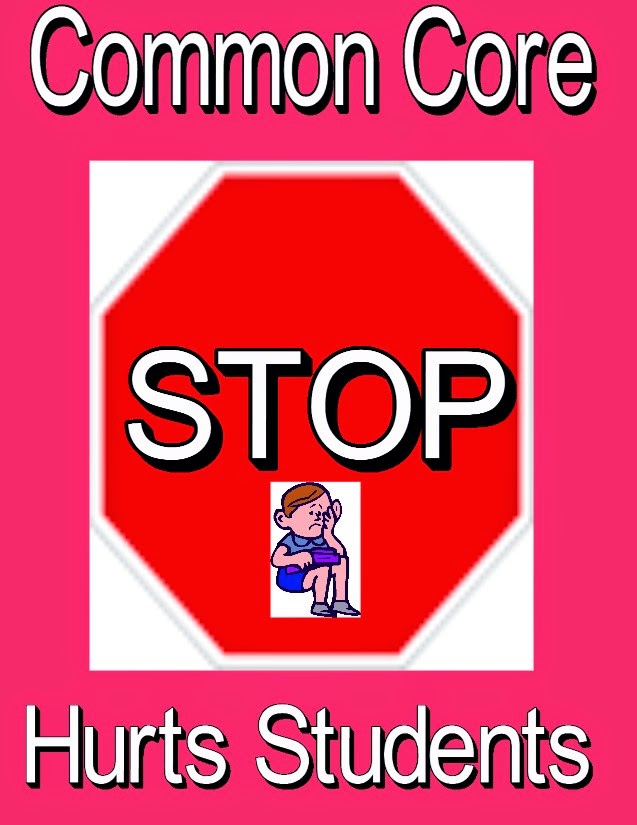 Most classroom teachers know that Common Core has been a disaster and the "junk science" in the form of high stakes testing that goes with it has resulted in most students not meeting the standards and adversely affect teacher evaluations with unjust terminations.  Unfortunately, from the Obama Administration, to Cuiomo, to De Blasio and his disappointing Chancellor, Carmen Farina, all have supported the Common Core.  Worse, our union President Michael Mulgrew has threatened to punch anyone in the face   if they take away his Common Core.  Until Common Core collapses like a "house of cards" and it will, expect it to stay for the next couple of years and destroy the lives of students and teachers alike. One bit of good news is that Andrew Cuomo is forcing out NYSED Commissioner John T. King and maybe things will change for the better (don't bet on it)  However, that's for another day.  This post is about the collateral damage that Common Core and its rigor is doing to our most neediest of children in the school system and nobody in charge seems to care.

I have a very close friend who works in District 75 and with the most severely disabled children who are classified as being both autistic and mentally retarded. She is a teacher in the most restrictive 6:1:1 classroom and has spent almost two decades teaching these children life and fundamental skills so that they can be productive adults and contribute to society.  Many of her students stay with her for up to three years and by the time they move on she has taught them many social and fundamental (life) skills that allow them to become functional adults.  However, because Common Core and its associated rigor has infiltrated even to the Special Education District 75, she finds herself being forced to teach them geometry and social studies rather than the skills they really need like using money to buy items in stores and teaching them social cues.  Worse, the Common Core and its associated rigor requires even autistic students to communicate and work cooperatively with their peers despite the fact that these students struggle mightily to do either one and frustrates them to the point they shut down and become uncooperative.

My friend is clearly frustrated herself as she has seen her mission change from teaching them coping skills and civics to questionable academics that have little or no impact on their life, or ever will be.  Instead of taking her students on field trips to stores and have them buy items, given a limited amount of money and going over a shopping list of what to buy and not to buy.  She finds herself giving her students Common Core Math workbooks that makes little sense to her and makes her students unhappy.  Furthermore, she used to walk her students around the neighborhood and go into the local stores while teaching them appropriate behaviors as they interact with the general public and go over what each traffic and parking sign meant. Now she gives them Common Core workbooks on our country's history and about the Presidents and worries what will happen to her students when they become adults?

In a job she loved and took pride in making the most developmentally disabled students functional citizens of this country, she finds herself counting the days until she retires as she wastes her time doing outrageous amount of paperwork using the SESIS program, day and night without payment and giving out useless Common Core workbooks while defending her teaching skills to meet the ill-defined rigor demanded by her administrators.  To her, Common Core is an unmitigated disaster and hurts the very students who need the help the most.

There are also District 75 classes inside regular high schools. Many ATRs are thrust into these classes alone and not told they are district 75. I had several last year, I was placed teaching them for two months last year - they were my best classes. They shouldn't be throwing ATRs in there - it's unfair to the kids and the ATR.
As for common core it's been a disaster for almost everyone. For self motivated kids it's really pushed them, but you need educated parents who can sit with their kids for long periods. You have very little of that in NYC.

NO ONE IS GETTING SMARTER Chaz. Teachers are being asked for all types of excessive, unnecessary nonsense, and for what????? Why? NO ONE IS GETTING SMARTER!!!!! In fact, test scores, grad rates, college readiness (whatever that means), are all plummeting. How about those AP courses? Ah ha haa!!!!!! Colleges are declining to take them anymore as it's a scam too. So funny that principals try to get all these AP courses at their schools up and running for no reason. They don't equate to the entry courses at colleges being taught by professors. I'm so glad more and more colleges are telling their applicants that they're not accepting AP Bullshit courses from cornball high schools anymore.

Yes, I was put into classes last year with severely autistic kids ( I'm a CTE ATR). No one told me they were dist. 75 classes.
They have them in Lehman HS ,East Bronx Academy and plenty of other schools. If you call the UFT they'll tell you to do them or there's no such classes. Yet another example of why we need our own chapter.

Mindlessness. It's hard to believe anyone.... even politicians and educrats... could be this stupid and venal.

Mindless...no. Gutless...absolutely! No one (politicians and educrats) will be brave enough to stand out and apply common sense solutions to a PC problem. As much as I dislike Common Core, general ed students stand a better chance at grasping it than certain special needs students. Chaz is right. Basic skills for some kids are more necessary than Common Core. Pols and educrats know this, but their gutlessness trumps common sense. Would you want to be accused of "excluding" autistic kids from Common Core, even though it makes sense to do so?

This was a very intense article and you should send it to the newspapers.