DTOE's Administrators In Need Of Improvement. 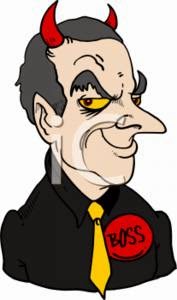 The DTOE blog, known as Don't Tread On Educators, has developed a list of school administrators that are in need of improvement.  They call the list ANOI.  This list was developed by the DTOE group from nominations by educators who had the displeasure of working with these administrators.  This replaces the highly popular PINI (principals in need of improvement)articles that our disconnected union leadership has decided to discontinue under pressure from the CSA.  When asked why the union discontinued the PINI articles in the New York Teacher magazine, one union leader claimed that we don't attack fellow union members.   I guess the police are not considered fellow union members or is it simply selective memory by our union leadership's part.

The DTOE list for ANOI can be found here. Note the map of the ANOI schools first show up and if you click the icon on the map the school name and address shows up. .Below the map are the ANOI list.  Click on the name and the school with a short bio appears about the administrator. By no means, is the list complete and if you go to the DTOE site you can include your administrator to the ever growing list of administrators in need of improvement.

The DTOE blog is for all educators and provides important information about educator rights such as how to FOIL the DOE.   More importantly, the DTOE is interested in having non-tenured educators join them as they represent many educators who were unfairly terminated or threatened with a discontinuance by vindictive administrators.

If you go to my "bad principals" section, you can add a couple of more to the ANOI  list.

Amazing that teachers have to do all this ( list abusive principals, file freedom of information act, etc.) with no help from the union. Arundel and Sill are nearly impossible to reach, but ATRs are denied a chapter because we have them?! Have you read some of the actions of these administrators? It's not just ATRs, but regularly appointed teachers and especially untenured teachers. What the heck does the union do besides taking our money and putting out a propaganda paper.? I got it yesterday and it went right under my cats litter box.

The object of the cat litter box game is to REMOVE fecal material, not to add more! MY cats are far too discriminating to sully their paws touching the NY Teacher collection of puff pieces, BS, and outright lies. Or even to pee on it. My copy ends up in the recycle bin.

I use my copy to start the fireplace,waste of a good tree. Cruz is a bad man, stay away!!!!!!!! Feel sorry for his staff, especially the atr's assigned to his wonderful school

need a story on kwait from john bowne, on abc radio for sexual misconduct

Please go to the DTOE blog site and nominate those principals if you want them included in the ANOI list.