The Ugly Contract - Its In The Eye Of The Beholder. 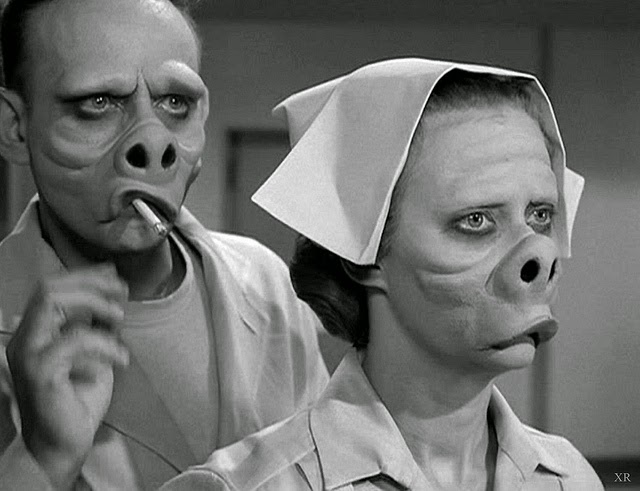 Almost without exception, the New York City teacher blogging community has complained how the union "sold out its members" by negotiating a contract that didn't even equal the inflation rate (1.43%) compared to an inflation rate of 2.31%).  Moreover, the retroactive raises were deferred out to 2020 and anybody who resigns, is terminated, or takes unpaid leave are not eligible for the raises or lump sum payments that they should have received back in the 2009 and 2010 school years. Finally, the new contract made ATRs "second class citizens" and the ones who came out of discipline "untouchables".

On the flip side are the conservative think tanks, education reformers, and their media allies who believe the De Blasio administration is going to bankrupt the City by giving the teachers a  generous contract which is the template for all other non-uniformed unions.  Mostly, they object to the awarding of retroactive pay, despite the fact that Michael Bloomberg broke the "City pattern" that created the problem in the first place.and that the City would have lost in arbitration. When Michael Bloomberg decided to break the "City pattern" rather than eliminate or reduce the many wasteful and expensive consultant contracts like Citytime and the 911 fiasco, he was "kicking the can" down to the next Mayor who was dealt a losing hand if he didn't address the retroactive pay raises.  For the education reformers it was more about the ATRs not being terminated and the continues favorable treatment of the charter schools at the expense of the public schools.

While the uniformed unions ended up with an additional 1% on their contract and the police may end up with a bit more, our members did overwhelmingly vote for the contract, thanks to the union scare tactics and I will not rehash what's wrong with the contract in this post.  On the other hand, the Conservative think tanks, education reformers, and their media allies never stop.   In today's New York Post, Nicole Gelinas wrote an article claiming the De Blasio administration's "gifts to the unions", especially the teacher's union will eventually result in cuts in services and hurt the poor.  In her article she makes the assumption that we will experience a deep recession and that a worldwide slowdown will hurt NYC businesses.   While anything is possible, I find it highly unlikely that such a recession, like the last one, will reoccur.  Most recessions are shallow and lasts for a year or two and NYC has proven to be diverse enough to weather any recession, even the last one.

Was the contract ugly?  The answer is yes but it depends on your point of view on why its ugly.

Only idiots agree to contracts without reading them or being FULLY informed of its contents before making a decision. All we received were bullet points and other hazy, half-promises regading the contract. In fact, we haven't even received the little contract booklets like we used to get years ago. Why? What's to hide? Nevertheless, many of our brethren are idiots for voting yes. Voting NO at least once would have jarred the union and city to create a somewhat better contract.

Bronx ATR said...
This comment has been removed by the author.
6:59 PM

A bunch of teachers were complaining today that they have to stay till 3:40pm on Tuesday which is the last day before Christmas break. These are the same teachers who VOTED FOR the contract!

The contract may be ugly-but the ugliness will now be compounded by the mind set of an'ugly' governor and all the corporate charter ed reformers-If they get their way-the teaching profession will be past the'Twilight Zone'-and enter the frontier of the 'Outer Limits'.
I can hear that robot from 'Lost In Space' reaching out to all of us- and alerting us with: 'Danger! Unfortunately, the leadership does not listen.

Most fascist movements present themselves as democracy, and almost all fascist government/economies don't last more than ten years.

The end draws near.