Is This The Beginning Of A Teacher Shortage? 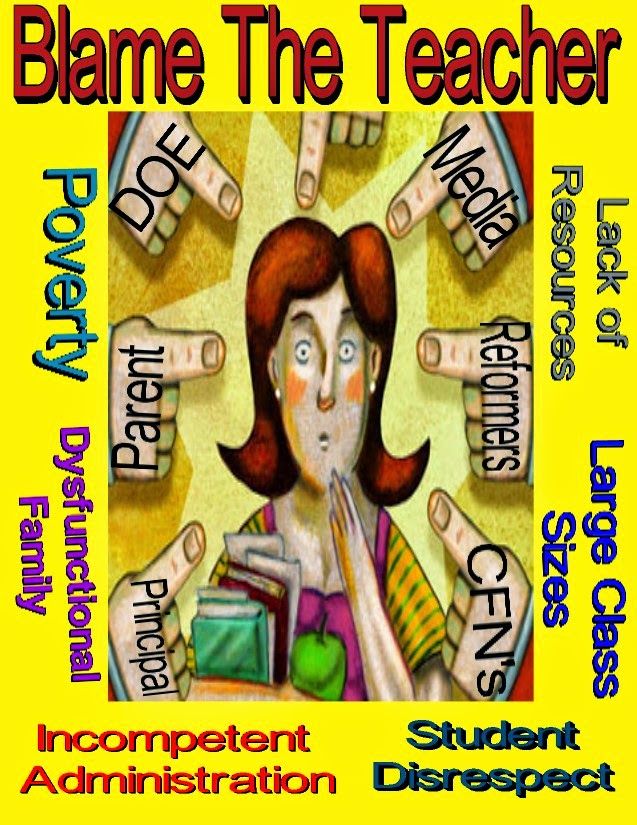 Teach For America (TFA), the darling of education reformers and politicians who want to starve public school districts of adequate funding and proper resources, has decided to close their New York City training office due to lack of available candidates who want to teach in the very difficult and unstable NYC classrooms.  In announcing their closing, TFA stated that. “That means that we’re thinking really carefully about where we place, and we will probably get a little smaller next year.”

The TFA program like all other alternative and accredited teacher certification programs have seen a dramatic drop in candidates.  Not surprising since the education reform organizations and their media allies have demonized the teaching profession and destabilized teaching as a profession to make a career in.  How successful have the education reformers been in demonizing teachers?  Very successful. In 2008, 62% of the teachers were satisfied in their job while in 2012 that number dropped to a dismal 39%.  With tighter school budgets, higher class sizes, more stress, and high stakes Common Core testing linked to teacher evaluations, that number has probably dropped further.

While the recession is over, in education, the devastating effects of recession is still present as teachers retire or leave the profession, they are not replaced.  In NYC 50% more teachers decided to retire than the union or City expected and an Arbitrator is helping to rearrange the contract.  Moreover, budgets stay tight, in NYC as the school budgets have been reduced 14% from 2008 levels and still froze this year's budget at last year's level while the State has a 2% cap.  Finally, the unrelenting attack on teachers continue, be it the Times magazine cover, New York State Governor Andrew Cuomo's attack on the low ineffective rates of the teacher evaluation system he approved, or the Obama Administration's policies that threaten to stop federal money unless States impose a rigorous evaluation system, complete with "high stakes Common Core testing".

I predict in the next five years we will see widespread shortages of teachers, especially in New York where a much more stringent teacher certification test has been implemented, as few will go into a profession that is high stress, are disrespected, and receive inadequate pay.  Its already starting to show up with the TFA announcement of its closing of their New York City office.
Posted by Chaz at 11:06 AM

Well the city is working on scripts that will be read verbatim. The teacher shortage will become the excuse for its need. Eventually teachers will not need a college degree, only be literate. The salary will be cut, the requirements will be cut and teaching will become a temporary job, not a career.

Don't get all giddy yet. As I mentioned in some other posting on this blog, Denver is set to or already has begun hiring "dreamers" to replace teachers there under the guise of promoting diversity and facilitation for the plethora of Spanish speaking "immigrants". The same will happen here...and don't forget, the DOE has hired plenty of foreigners in the past to make up for any shortages in the ranks. Whether any of these folks last in this system means little to the DOE. A warm punching bag at low pay is all that matters for them now.

Why would they need to be literate?

My school is already having difficulty getting subs. We never had that problem in the past.
Most subs are retired teachers and not the young, just graduated, looking for a job kind.

To me this indicates a future shortage will be widespread.
Young people not going for education any longer. And why would they?
Waste of a degree with all the abuse and stress

I certainly hope that there will be a shortage. It's also time for a shortage of cruel and evil administrators.
It's time to dismantle Tweed and its hundreds of lawyers who are really bottom of the barrel.
In addition it's time to unload those so called "consultants" and end all of those no bid contracts.
It's time to decentralize and get rid of the pep mayoral control and all of the Bloomberg psychos who still have jobs in destroying the education system. In particular that senile hag should have a nice day in Florida.
Time to change the status quo that has been imposed on us by know nothing corporate shill politicians.
Happy Kwanza
Angry Nog

I was so popular at the NYCDOE 20 years ago. Maybe if this ATR waits ten years, he'll be popular again!!

How about a teacher shortage because many of our students resemble that cop killer from yesterday?

And they applaud it...

I'm confused now that we have a teacher shortage it appears to me all this teacher scrutiny will soon back fire on our horrendous politicians. I mean if the teaching force turns out to be "transient" teachers consequently a watered down teaching staff, then our students will suffer and student achievement will fall to levels of some third world countries! No? Am I missing something here? So, once again it appears that our miraculous politicians have done it again and that is to destroy something that was once great.

Cuomo has proven in the past that his policies can be disastrous....Cuomo is famous for his policy of giving everyone a mortgage when he was HUD secretary and he pushed government-sponsored lenders such as Fannie Mae and Freddie Mac to give more home loans to poor homeowners, in an attempt to end discrimination against minorities. Some people seriously believe that this helped lead to the current subprime mortgage crisis! Watch with the maniac does people he is dangerous!!!!!!

Yeah and lets remember who cuomo replaced,,,,,non other than the other genius David Patterson...the master of the scandal!!!! OMG how lucky we all are here in New York to have such distinguished politicians. Politicians who want to change the world just because they think they can and not anything else...disgusting

It was reported that Andrew Cuomos divorce was caused by Kerry Kennedy (his ex wife) ``raging'' affair with another man as the reason for the breakdown in their 13-year marriage, The New York Post reports.

``Kerry is definitely involved with another man, and Andrew knows who he is,'' a source told the Post.
After the affair came to light, the couple agreed to patch things up, friends said, but Kerry's relationship with her lover continued. WOW, now we all know why this guy is miserable and looking to zing it to others......Imagine his own wife whom he had 3 kids with cheating on him and doing it over and over...now we all know where the anger come from andrew cuomo.

There aren't any shortages in other fields. In case you've forgotten, many millions of people are still unemployed or working minimum wage jobs while Wall Street is raking in billions. Of those unemployed few are venturing into the teaching profession. Why? Because it's a damned hard way to make a living...and they know it.

It is no better in Jersey.

I teach kids from third world countries they are far superior than most of the American kids I come into contact in the hellholes I'm sent as an ATR.