The Real Losers When It Came To The Contract, Members On Unpaid Leave. Then And Now. 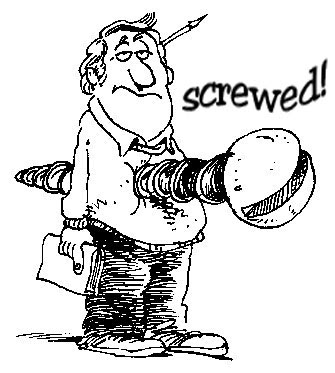 Back in June of 2014 when the union and the City agreed to a contract there were winners and losers.  Of all the municipal unions, only the UFT agreed to contract conditions that hurt some of their members.  Like making ATRs a second class citizen, eliminating members who resigned or were terminated from their much deserved retro payments and lump sums, and not giving the $1,000 bonus to members who were on unpaid leave or were suspended.  However, it now seems that the contract had one word in it that may excluded some members of their lump sum payments and that word is continuously.

In the contract the word continuously was included in the contract to mean that all members who were continuously employed during the two 2009-10 school years would receive their full retro payments and lump sums.  However, if you read carefully, it also means that if you were on any unpaid leave like maturity leave, child care, or FMLA, the City claims that you were not on payroll and therefore were not continuously employed.  Apparently, an agreement was reached that those people on unpaid leave would receive pro-rated lump sum payments.  That left one last group of members who were not continuously on payroll and were unpaid. , They were members who received a suspension after their 3020-a hearing or made an agreement with the DOE to be suspended instead of the 3020-a hearing.

There are some indications that the DOE has not totally agreed to pay these members their pro-rated lump sum payments.  Already I know of four people who did not receive their lump sum payments.  All of them were suspended without pay in the two year period.  Coincidence?   I hope so but I am suspicious that these members may have been thrown under the bus by our union.  I hope I am wrong and it was simply the normal DOE incompetence.  We will know soon enough and I hope I am wrong on my suspicions.

In a related issue, the union agreed with the City in not giving members who are currently on unpaid leave their lump sum payments.  These members will only receive their lump sum payments on October of 2017, assuming they did not resign, get terminated, or die before that date.  This seems to me as being very unfair and not treating all the members the same, a hallmark of our disconnected union leadership.
Posted by Chaz at 10:13 AM

How did an agreement to pay members out on unpaid leave a pro-rated amount come about? Did the city have a change of heart or were there members who filed a complaint with the appropriate state or federal agency? My guess is the latter and the union and city knew they were facing a problem. If only the entire retro/lump can be moved up. Does anybody know the status of the lawsuit filed in the summer of 2014 by the ex-members (Daniel Shimnko is the lawyer who is representing the former members)?

I was reading the Post today about the principal that doesn't want teachers sitting and threw out their desks, file cabinets, etc.. Then another article about the future of schools- individualized computer teaching programs. How is DeBlasio/Farina different from Bloomberg/Klien? Other than they aren't holding Mulgrew's sexual tryst over his head, I see no difference at all. In most ways, it's much worse.

And the DOE is backing that crazy principal!!! Farina is crap! Mulgrew is crap! DeBlasio is clueless.

I had been on a leave and I got my payment last year. Did you read about a billion $ lawsuit against Los Angeles schools for going after older teachers.

Well that is going on in NYC, but the UFT is trying to cover it up. The UFT is looking away on any wrongdoing or discrimination done by leadership principals like Ms. DWARKA.

Ritter at high school for arts and letters (Jamaica campus)

U mean arts and farts

ATRs need to file suit. And don't expect UFT to validate your case. They already said they won't. They claim the "numbers aren't there" for such a suit. Bullsh**! We have eyes. We've seen the ages of the ATRs. Not one of them is young.

Many older teachers are still living in the days when the UFT had your back. Those days are loooooong gone. Fight. Go outside the union. Get a lawyer. Share costs. The union is simply a functionary body for electing candidates to public office. They haven't had anything to do with helping teachers in over a decade.