In The DOE, Its Children Last...Always. 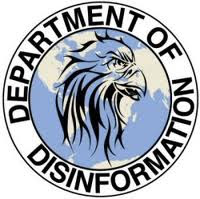 Every time I used to go on the DOE website I would see their recently discontinued slogan of "Children First....Always." However, the DOE's actions when it comes to the students of the classroom is far different then their slogan claimed. . Let's look at the DOE action that support my position that its really "Children Last".

First, the DOE has failed to fully fund the schools since 2008 in their "education on the cheap" policy.  Presently, the schools get 89% of their Fair Student Funding (fsf) and that is a measly 3% increase since Bill de Blasio took office in 2014.  At present, the schools can expect no better than an additional 3% increase in their budgets going forward, 92% of the fsf.. This despite the City having a 6 billion dollar surplus.

Second, Despite Mayor Bill de Blasio's promise to lower class sizes, the DOE has failed to do so.  In fact, class sizes have actually risen since he took office and selected the disappointing Carmen Farina as Chancellor. More disturbingly, the biggest increase in class size is in the early years K-2 and New York City has the highest K-12 class sizes in New York State.

Third, The DOE continues to wast over $100 million dollars by refusing to put the 1,300 ATRs back into the classroom for ideological reasons. Add that to the cost of field supervisors, many of them "F" status,  and the administrative cost at DOE Central to run the ATR program and the number is closer to $110 million dollars. Think about how that money could be better spent in the classroom with veteran teachers?

Fourth, The rise of the "Leadership Academy Principal".  About 25% of all principals in the system, correlates with a decrease in Principal quality and incompetent instructional leadership.  Unfortunately, these principals were trained to be the CEO of their school rather than be an instructional role model as the more experienced principals were.  The result is that these principals hide vacancies, reduce Regents Science instruction, and fail to provide mandated services for Special Education and English Language Learners.  Some even use uncertified teachers as the DOE looks the other way.  These principals practice "penny wise, dollar foolish" polices that only hurt student academic achievement.

Finally, despite promises to reduce the Bureaucratic Bloat at the DOE, nothing has changed.  DOE Central has way to many lawyers, managers, consultants,and accountability experts that suck up scarce resources.  While school budgets remain underfunded and essential frozen, the DOE will be getting $29.6 billion dollars in FY 2017.  This is a 28% increase since Bill de Blasio became Mayor and is 54% higher than the $19.2 million dollar DOE budget in 2008.

Next time you go on the DOE website and their long used slogan remember, just look at the checklist above and realize their real action plan is "Children Last....Always."
Posted by Chaz at 3:54 PM

The DOE simply puts on a show. It acts like its children first, but "It's bullshit first, always". Once everyone realizes that one all important fact one can play the game effectively until you quit or retire. It's the people that don't that end up being terminated, having nervous breakdowns or dropping dead. It's a hard thing to accept, but look at the alternatives.

The DOE has not done a single thing to reduce the fact that teacher morale in NYC the lowest I have ever seen in over 15 years of teaching.

Children aren't even on the DOE line - they're props. The DOE is the reason Eva and her charter schools are so popular. I would never, ever send my child to a NYC public school unless it was specialized. If the UFT wants to fight charters they need to start fighting the DOE.

They are also pushing out experienced teachers out to make them ATRs.

I have children who are becoming school age. I will not want to send my children to a NYC school but the reason is not that the schools are filled with bad teachers, no that's not the problem. NYC has great teachers in the system and many of the best sit in the ATR pool unfortunately but the real reason I would not want to send my children to a NYC school is because of the kids that occupy the schools. The kids come from poverty stricken, terrible homes of families of mainly immigrants who do not understand or value the notion of education and it filters down to their kids. Consequently you have kids that enroll in NYC schools who wipe their shit all over the place including not respecting teachers or any school personal, throwing their "free food" all over the place at lunch time or breakfast, fighting at any chance they see as that seems to be all they know. I encourage anyone to over hear the NYC students when they are together outside the school or in bunches inside the school. All you will hear or see is fight fight fight, hit slap and call each other names. Its a constant. The kids bring a stench of crap to the schools and smear it all over the place including any other good kids who value education coming from good families. When society and our esteem politicians address the issue of poverty then maybe NYC schools can return to the greatness the educational institutions they were designed to be.

Whenever I heard an administrator say "I'm here for the children" I knew it would not end well. Not that saying that is in and of itself a bad thing, but more often than not, those who utter those words are essentially saying "I'm letting the kids do whatever they want." As an ATR currently, I am frustrated that I am not teaching though it is a little nice for the time being, when I know I can do a great job educating kids out there. I've gone to some interviews, flat out ignored some from some crazy schools because I don't want to be a rent-a-teacher. To put it into Trump's words..."what a disaster!"

We still need diblasio people. Red head bull dyke christine quinn looking to get back into the mayoral race again...question whom do we want for mayor?? Quinn who is bloomberg is a skirt of pant suit or diblas...ill take diblas any day of the week and twice on sunday...go with the fro

They rather protect abusive and dishonest principals that commit fraud, then do the right thing.