The Good, The Bad, And The Ugly About The Bloomberg Small Schools. 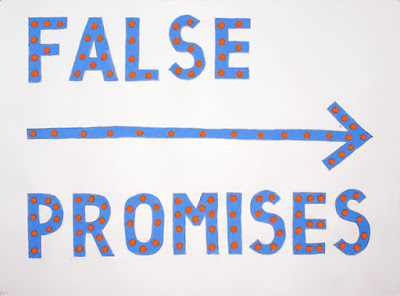 Let's look at the good, the bad, and the ugly of the Bloomberg small schools and the false promises of a great education they claimed the students would get..

The Good:
In theory, small schools allow for a more personal relationship between staff and students.  In fact, many of these schools advertise the family-like atmosphere and that most teachers are familiar with the students and can provide emotional and social support as well as academic help.  Usually, graduation rates are higher at small schools since fewer students fall through the gaps as the schools are better able to track students.

The Bad:
Small schools have limited course selection, few electives, and no flexibility in their schedules.  Moreover, despite the small school size, classes are usually at contract limits of 34 and students are forced to take courses that they are not capable of passing.  Further, the Bloomberg small schools have a largely inexperienced staff and subject to high teacher turnover leading to an unstable school environment. Finally,  many of the unscreeneed Bloomberg small schools are now required to select "over-the-counter" students.  Many of them "high needs" and level one students just to reach the numbers when it comes to funding. No more funding for empty seats.

The Ugly:
The Bloomberg small schools have abysmally low "college and career readiness" rates  Usually headed by a "Leadership Academy" Principal, and have a reputation of being top-heavy in administration and hostile to their teaching staff.  Moreover, teacher autonomy in the classroom is virtually non-existent and micromanaging is the rule, where Danielson is used as a weapon.   Finally, the graduates from these schools are subject to no-credit remedial courses and struggle in college.  In other words.  they graduate unprepared for life after high school.  Remember, there are no "credit recovery courses" in college or administrative pressure to pass undeserving students and being absent or late gets one fired in the job market. Welcome to the real world and for far too many of these students its really a slap in their face.

THE UGLY: Where there were once large high school and middle school buildings housing one school, there are now 3 or 4 small schools in one building fighting for space. We have too many "co-located" schools that are not even charter schools that have to share one gym, one cafeteria, one library, etc. This is a nightmare that is overlooked in a massive way.

They're all bad and ugly. The good ones are good no more as the staffs are under siege and detached from all social interactions (especially with students) other than kissing the collective asses of the administration. Bring back big schools, with libraries, teacher cafeterias and one principal.

Another overlooked thing is that there is a lack of academic community in small schools. When I worked in a big school, my department was my second home. I loved going to work everyday, even if my classes weren't so great because I loved who I was working with. We knew how to let off steam when the week ended. Since I've worked in small schools and there is almost no professional community. Everyone is scattered most of the day, departments are small, people do not socialize at all. Sad, just sad.

I don't know that going back to big schools is the silver bullet. I'd think it would have to help budgets as you wouldn't have so many principals who clearly have no clue what they are doing. If I were chancellor, I would do a vetting of all the current superintendents, replace ones who are clearly ineffective and then issue an order for them to investigate their schools and make changes to administration where appropriate. Then I would visit those schools to see if their changes had an effect. And if this took me all year, I would do it, it's that important. There are many people running schools who have no business doing it, as well as people running departments that are just pure cancers.

Why is the UFT allowing the continued closing of teacher cafeterias? As an ATR in the Bronx I've noticed the one in Stevenson and Lehman were closed after Farina became chancellor. The one in Evander is sitting vacant as are most of them. If there's no food being sold, at least let the staff use it. They are locked and the one in Lehman had the ventilation shut off when I was there. It forces people to leave the building to go out in bad areas in bad weather, isolates teachers from one another and there's no legitimate reason for it.

Blame it on school based fair student funding that allowed principals to decide how to allocate school funds and the teachers cafeteria does not pay for itself.