DOE's Fake News When It Comes To Student Academic Achievement. 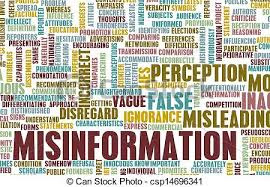 Since the election of Donald Trump as President, "fake news", is the news.  Be it from Trump himself , the Democrats, or the media, "fake news" is all the rage.  However, at the DOE, fake news has or misinformation has been the name of the game since the Bloomberg era and continues with Bill de Blasio.

What do I mean by fake news?  The graduation rate which is easily manipulated and fails to show real student academic achievement  is what I call fake news..  Every year the City tells the world that the graduation rate increases from the previous year  The latest is 72%.  However, ask any business or institution of higher learning what they think of the academic proficiency of the New York City graduates and you get a near universal response of how deficient academically these graduates are. In fact,  78% of all New York City high school graduates must take no-credit remedial courses in college.  Furthermore, the average New York City high school averages 37%  "college and career readiness" of the high school graduates.   Not an encouraging statistic if you ask me.  Exclude the 45 top performing high schools, most of them screened or specialized and the remainder of the high schools average closer to 22% for "college and career readiness".  A study by StudentsFirst lists the lowest 72 high schools in the City,  based on the 2014-15 school year. While I usually ignore the education deformer group, their numbers show how bogus the graduation rate  is when compared to real academic proficiency. I also wrote about the "diploma mill" high schools Here and Here.

The City high schools are full of easy credit "credit recovery courses", online instruction without a certified teacher instructing students such as APEX or PLATO, and administrative pressure on teachers to pass undeserving students by imposing scholarship requirements.  The result is that these  "diploma mill" schools with there phony graduation rates is a disservice to the students.

When you read in the newspapers that the City is improving the academic ability of their student population, remember its all "fake news"!

What a shock to see my former workplace, the Cobble Hill School of American Studies, on a list of diploma mills. In 2007, then Principal Ken Cuthbert reported me to SCI for failing to pass enough of my grievously underperforming Global History students. At the same time Cuthbert proudly denied tenure to a fellow Social Studies teacher for his low pass rate. The successor and current Principal Anna Maria Mule appears to be carrying on the same sleazy pass-or-else tradition. A faculty member told me that he/she was called into Mule's office after flunking too many kids on the roster and informed that he/she needed to pass 20 more the next marking period.

And the box score: Cuthbert's untenured teacher got the message and gained tenure the following year with an improved rate. Mule's intimidated teacher duly passed the designated number. But OSI threw out Cuthbert's false accusation against me. When I asked him at my U-rating hearing what evidence he had to charge me with a crime, he replied only, "I stand by the record." What a creep.

The UFT uses the same statistics to prove the worth of public education, while charter schools use them to prove the opposite. Teachers needs to gain a basic understanding of statistics. It is the basis of all false news. It can be used to prove climate change is real or false. That the crime is more or less, unemployment is up or down, people are happier or sadder and that students are successful or unsuccessful. How long before Trump uses his own statistics to prove his narratives over his enemies? That's the first thing I would do. Statistics can be used to say whatever is needed, but when I tell most teachers that, the reply is 'Statistics and math don't lie.' This even after all those polls that said Hillary would win by a landslide. If teachers say that, imagine the naïveté of the general public.

The UFT is in cahoots with Farina. Lying is common for them.

What's the consensus? Did people rotate? I was rotated a week ago from elementary to middle school. Did not rotate as of today's assignments.

Anyone get rotates or stay put?

I stayed at the same school

I'm assigned to be at the same school next week as I am this week. It's a good school, thank the gods.

They all like her in the top. She knows how to get rid of older teachers.

Fraud is accepted, and no one on the top wants to address the problem.

What happened to Ken Cuthbert? Is he still working in the DoE??

What happened to Ken Cuthbert? Is he still working in the DoE??