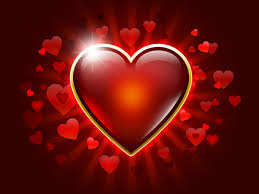 Last week Michael Mulgrew announced, without member input,  the endorsement of Mayor Bill de Blasio for reelection.  What "takebacks" did our disconnected union leadership negotiate with the Mayor to get the union's endorsement?  Nothing, nothing whatsoever.

It would have been nice if our union played hardball and demanded some "takebacks" from the Bloomberg era of massive "givebacks". Here are just some examples of the "takebacks" I would have liked to see.

Fair Student Funding:
Eliminate the school-based "fair student funding" that badly under fund schools .  Moreover, the fsf  forces principals to hire the cheapest and not the best teachers for their schools.  Finally, most schools only received 89% of the already stingy fsf

Class Size:
Where is the class size reductions promised by Bill de Blasio when he was running the first time?  Why didn't the union leadership hold the Mayor's feet to the fire?  Instead class sizes have remained largely unchanged and are the highest in New York State.

ATRs:
Despite promises to the contrary, few ATRs have landed permanent positions and there still is between 1,300 and 1,600 ATRs without permanent placements. Despite the school system averaging 4,500 vacancies annually, these experienced and veteran teachers have little chance to land a permanent position under present DOE policy that originated from the Bloomberg era.

Teacher Voice:
Teacher autonomy in the classroom has been replaced by administrative micromanaging and data mining.  Moreover, school policy is top down and teacher voice is ignored, when given, and the DOE is deaf when it comes to teacher complaints.  Be it incompetent and vindictive principals or lax student discipline.  Even complaints about academic fraud is more likely to get the teacher disciplined then the perpetrators.  Shouldn't our union leaders be pressuring the Mayor and his staff to empower teachers since empowered teachers result in better student academic outcomes.

Unfortunately, our disconnected union leadership rather be the Mayor's valentine rather than demand "takebacks" for our support for his reelection.

This is great news......since every candidate the UFT has endorsed has lost.

Parking permits are NOT a takeback. Any teacher who wants a parking permit should get one just like how it was forever before 2006. The key is that the parking spots are FIRST COME FIRST SERVE. He or she who gets out there by 6:30 will get the spot. No need to complain. Ya snooze ya loose.

BRING BACK OUR PARKING PERMITS! This is such a no-brainer. Costs the city nothing but would increase teacher morale in a massive way. Get my my parking permit back and you got my vote Bill!

As someone who doesn't drive I don't care about parking permits. But that's neither here nor there.

I don't get why they didn't negotiate. If our endorsement is so important, than some negotiation should be done. Since I see virtually zero improvement in education from having De Blasio as opposed to Bloomberg. If anything, it's gotten worse.

Friedrichs II is arriving shortly. We will see the demise of the UFT and rightly so.

People we really need one person right now to be on our side. That one person is our esteemed Governor Mr. Andrew Cuomo who will be the one responsible for setting education policy in NYC and in the entire state for that matter as the Trump white house has repeatedly said that they are transferring power to the states. Yes, Kathy Black, sorry I mean Betsy Devos is secretary of education but she has also said that she is giving full power to the states and that the days of washington educating our kids is over. So, we really need Andrew Cuomo to do the right thing and stick by his fellow union pals which would be our gain

What do you think about our next contract negotiations since the UFT was so quick to support the mayor? Will we get a good deal?

Punchy Mike is about to get mugged by reality?

The Queens UFT office, and the Chancellor likes these types of Princopals.