Administrators In New York State Want To End LIFO But Say Nothing About Reducing The Administrative & Beauracratic Bloat In Their Own Ranks. 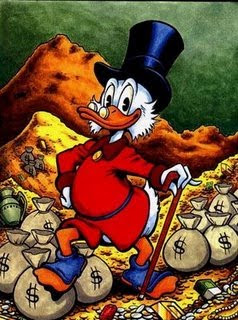 It would appear that high-level Administrators & School Boards would like to see the elimination of seniority-based layoffs known as "last in, first out" (LIFO). Over the last week since the New York State budget did not include the weakening or elimination of LIFO, Administrators throughout the State are getting on the end LIFO bandwagon. First, it was Mayor Bloomberg who proposed a bill to end LIFO, next, it was the New York State School Boards Association, made up of non-educators and bureaucrats and now it is the School District Superintendents who want LIFO reform. What is obvious is that these groups are not involved on the day-to-day operation of schools and in many cases are not even educators. However, these very same groups that clammier for the so-called LIFO reform are quiet about reducing their own Administrative bloat, instead they whine about teacher layoffs or reducing student services while ignoring the increased bureaucracy and Administrative salaries that have exploded in the last decade.

The Cuomo Administration found that there was an astounding 34% increase in Administration since 1997 . While there was a reduction of 4.6% in students. There was also a 9.6% increase in teachers. However, that is mostly explained by a reduction in class sizes, and special education requirements. That is why the Governor has told the School Districts to reduce the Administrative bloat before you layoff teachers. Interestingly, there has been dead silence about the Governor's report and for good reason. You can't scare parents by laying off some faceless bureaucrats but you can scare them by laying off teachers and student services such as sports.

Before, these bureaucrats can layoff teachers, the School Districts should be drawing up plans to get rid of unnecessary Administration and go back to the levels in 1997.
Posted by Chaz at 8:07 AM

Absolutely dead-on analysis of the situation we now face in Rochester. As an example, Edison Tech was, ten years ago, a school with roughly 1,500 students and an administration consisting of one Principal and two Vice Principals. This year the school, now down to 1,000 students =/-, has been divided into 6 schools, with six Principals, twelve VIce Principals...and so on. And every one of them is a failing school!

I hope you people are happy now that Cathie Black is gone. The school city had a strong LEADER and you teacher freaks couldn't stand that she wasn't a teacher.

Now they are going to hire some ex-teacher with the same tired old ideas that every other teacher has. You all beleive the teaching methods being used today are the best and only methods. You are all afraid to explore new ideas and try new techniques. In the best 100 years medicine has developed, technology has developed, business has developed, the world as a whole has developed but education has remained the same.

Congrats on getting your way and I hope you look forward to many more years of zero educational progress.

Can anyone name 3 positive or negative things Cathie Black did as chancellor? None of you teachers even gave her a chance.

Let's face facts she was incompetent!

Why was she "incompetent!"? How does her not coming from the education mill make her incompetent?

First, she had no ideas of her own. Second, she refused to grant interviews with the media because she was afraid that they would discover that she knew nothing. Finally, the many gaffes showing she was clueless to the New York City School System.

The poster claiming "teachers never gave her a chance"-teachers had NOTHING to do with her firing. You think Bloomberg ever considers our opinin on who he hires...and fires? Then again, not a shock-just another teacher scapegoater. Teachers are to blame for everything, INCLUDING a terrible appointment by Bloomberg. When an appointee isn't even allowed to speak to the press or the public without handlers, you know it's time to go.