The Stories Of "Ebony & Ivory" And "Mutt & Jeff" Continue - "Bad Teachers" That The DOE Made A Deal With. 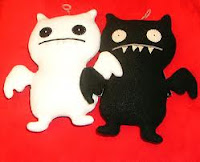 Last year I wrote an article about "Ebony & Ivory". How these two teachers reaped havoc in the "rubber room", calling the police and not following the rules. Both were charged under State Education Law 3020-a in part to their behavior at the reassignment center once removed from the classroom. To call these two "characters" is being kind, they were downright dangerous to everybody who came in contact with them. Incredibly, the DOE, rather than going after the "worst of the worst" teachers, settled with both for a fine and a course. For Ebony it was the second time in the last five years that the DOE charged her under 3020-a only to make a deal with her. Along with "Mutt & Jeff" who I also wrote about previously, they all took deals offered by the DOE and were sent to schools as ATRs. Now it is Spring break of the next year and what have our four "bad teachers" found themselves in.

"Ebony" has gone to two different schools this year as she has had trouble with the Administration at both schools. I have heard that she may be charged yet again under section 3020-a for her behavior at the present school. If Ebony is charged it will be her third 3020-a in the last six years.

"Ivory" went to a school only to be taken out of the school and charged yet again under section 3020-a. She was actually put back to the Children First Network Office despite teachers no longer being removed from a school while awaiting disciplinary hearings because of her behavior at the school. Unbelievably, the DOE made yet another settlement with her, shocking even her own lawyer. She is now in another school and having more problems.

"Mutt" decided that his reassignment was a vacation and would disappear from the reassignment center for hours at a time. he was caught and received a "U" rating for his disappearances and behavior at the reassignment center. However, the DOE failed to add this to his original charges. This school year he was supposed to work for a DOE office and decided he was "Maynard G. Krebbs" and allergic to work. He would sleep all day in a conference room and hide when he thought the Office had work for him to do. Rather than the DOE file new 3020-a charges against him, he was allowed to settle his original charges with a fine and a course by the DOE. He was told to report to a school and showed up unshaven, with his most dingy and dirty clothes he had. It worked, the school threw him out and he decided to wait for a new school by staying home and getting paid for what seemed months, or so as told to me. "Mutt" is now in another school and I pity the children exposed to him.

Finally, we have "Jeff" who seems never to stay in any one school for the entire year. This year he was kicked out of one school and landed in another were the Chapter Leader spends too much of his time representing "Jeff" in "U" observations and is destined for another "U" rating. Remember, the DOE had more than enough evidence to terminate" Jeff" but choose to make a settlement instead.

Yes, there are "bad teachers" but more often then not the DOE chooses to make deals with the "worst of the worst" and send them back to school to cause more damage and we all suffer from it.
Posted by Chaz at 9:40 AM

Your article describes the problem, but does not offer any solution. How can the DOE tell which teacher to settle with? Everyone denies the charges and maintains their innocence.
Reality is that cases settle. That is not unique to 3020 and often is a good thing.
So tell me, how is the DOE to determine which cases to settle.

If you were the DOE lawyer wouldn't you check the teacher's record about his or her behavior after being reassigned? Of course you would.

All you need to do is ask the site supervisor about the teacher but it appears they fail to even do that simple step.

Only heard about the "rubber rooms" in my third year of teaching from the union rep at my school.

Under Bloomberg and Klein, the teachers that were placed in these "reassignment" centers grew exponentially, and became political gulags, it would appear to me.

Yes, there are "bad" teachers in such a large system, such as NYC has. As there are "bad" cops, firefighters, and other public servants. WHAT happens to those workers that have been accused of miscreance, I wonder?

Has anyone considered the fact that because the teaching force is overwhelmingly FEMALE, that teachers appear to be an "easy" target for politicians to go after?