The "Toxic Teacher" Who Is Also The "School Snitch". 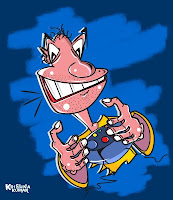 In my old school, which is slated for closing. We had one of those "toxic teachers" who couldn't teach and students begged their guidance counselors to get them out of his class. I had written about him previously, Here and Here. and I do not need to rehash it in this post. To make matters worse he was the "school snitch" and didn't think twice about badmouthing other teachers to the Administration. However, the "school snitch", let's call him Mr. S. went even further in one case, Mr. S through the Principal, Snidely Whiplash, secretly contacted the "Special Commissioner of Investigations" (SCI) to accuse a recently removed teacher of making "secret deals" with the students to get them to leave Mr. S's class and enter the teacher's class. Let me paraphrase how SCI reported it.

The recently removed teacher was found not to have committed any misconduct by an Arbitrator and was sent to another school to resume his career. What happened to the "toxic teacher", the "school snitch" Mr. S? Good news for the students he has only limited classroom interaction and is now a hallway Dean as he continues to "kiss up" to the Administration.`

What is most interesting Mr. S would not be in any danger of being fired under Bloomberg's Bill to end LIFO despite the fact he is a "terrible teacher" since he "kisses up" to the Administration.
Go figure.
Posted by Chaz at 4:39 PM

Most school snitches seem to be the principals themselves.

Perhaps this snitch has a relative at Ft Hamilton HS if you read the story about the art teacher who was set up by the administration.

I guess it proves the system works!

We have such a person at my school. Actual little teaching experience in the classroom, but has somehow, miraculously risen up through the ranks.

Obviously, this person has a "Godmother" or "Godfather" watching out for her, to ensure her success, particularly since her talents seem to be in the area of snitching on teachers for inconsequential infractions to her buddy, the school principal.