After The DOE's Terrible Tenure Results, Can The Union Really Trust The DOE With Coming Up With A Proper Rubric To Determine Teacher Effectiveness? 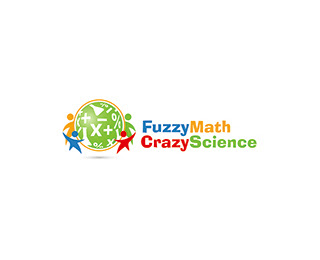 Here we go again, the DOE came out with a rubric to determine teacher effectiveness that resulted in 42% of the teachers were denied tenure, up from 11% the year before. Under the rubric, the untenured teachers needed to be rated either "effective" or "highly effective" to receive tenure. This appears to be the same rubric that in a pilot program, resulted in 18% of tenured teachers being rated as "ineffective". Even the Mayor's mouthpiece and fifth columnists in Educators 4 Excellence quested the 42% refusal rate for tenure and accused the DOE that the teacher evaluation process lacked transparency in determining the tenure refusal. Of course they still support the Mayor and Chancellor's actions in changing the tenure system. How naive of them to think they would be exempt from Tweed's fuzzy math and lack of transparency, the hallmark of the DOE under Bloomberg.

While i agree that the DOE's refusal to grant tenure to almost half of the untenured teachers is terrible and wrong, the greater concern is the use of the DOE rubric on all teachers that has resulted in an unbelievable 18% failure rate! Already those unlucky teachers who will be working in the 33 schools will be subject to it or a close similarity. and I cringe at the results, especially for the senior teachers in those schools. Michael Mulgrew needs to first see how it works in the 33 schools in the next two years before any variation of the DOE rubric is used for the rest of the school system. Rushing into this teacher evaluation system without some real and piratical results to ensure there are no discriminatory issues that can affect the evaluation of teachers without real data is like being shot out of a cannon without a safety net.

Without real protections and objective criteria, the DOE rubric, as presently constructed, is a teacher termination program plain and simple. Let's not rush into any of these programs without the actual data to back them up. Remember, we are without a contract and do we really want to negotiate with the Bloomberg/Walcott Administration? The answer is a loud Nooooooooo!

P.S. Here is a youtube video of Joel Klein talking to Joel klein about conflict of interest. Or was it just coincidence? Thanks to my commenter for the link.

Activists should watch and disseminate these videos. These cartoon videos, appearing as dark sarcasm, unmask the real agenda of the teacher evaluation systems.
http://www.youtube.com/user/iamcompucomp#p/u/4/BpmQZ5MXs8c
Outrageous is the fact that the evaluation system cited in the cartoon actually does exist.
http://groundupct.wordpress.com/2010/12/04/gates-foundation-invest-335-million-in-teacher-evaluation/

Great youtube video. I think I will use it

it only looks terrible by ones who have been in the system for many years, it will be so terrible in a few years to someones who do not know what good jobs should look like besides a paycheck.

I agree that the tenure process for the DOE lacks transparency and they need to make major corrections but I also believe giving 58% of teachers tenure after 3 years is too high.

I know most of my fellow teachers will disagree with me but I do not believe tenure should be automatic nor given after three years. I received tenure in 1992 after a short three years teaching. At the time I remembered being very excited but I look back now and realize I did not deserve tenure and should not have been granted it. I worked hard and was a fine teacher but I compare myself as a third year teacher to myself as a 6 year, 10 year or 15 year teacher and it is night and day.

Tenure by definition is permanent employment until retirement (yes, I know you can still be fired but that only happens very rarely so the definition holds true). How can a school (or any organization for that matter) be able to determine if someone should have a guaranteed job for the next 30 to 40 years after only 3 years of teaching? For those of you teachers with 10+ years of experience, just think how much different of a teacher you are now than you were after 3 years of teaching. Even in a college setting a professor is not even considered for tenure for at least 5 or 6 years and at that point only about a 1/3 are granted tenure, some never receiving it.

Yes, given the current policy/standard of giving tenure after 3 years the DOE needs to be more transparent but I believe no teacher should get tenure after three years. I think tenure should be considered for teachers only after 8 to 10 years of experience with a proven track record. I work with some fantastic third year teachers but as good as they are, they are still learning and growing into who they will be as a teacher. I also work with some very poor teachers that should have never been granted tenure. Tenure should not be a right but a recognition for strong teachers after many years of work and dedication.

Chaz, you said that the “DOE's refusal to grant tenure to almost half of the untenured teachers is terrible and wrong”. I would suggest that granting any teacher tenure after three years if terrible and wrong.

Anonymous 2:03
Are you kidding? Tenure does not mean anything like 'permanent employment until retirement'. In my district between layoffs, reassignments, and questionable 3020a's, tenure means 'due process' and that is about it.
What you are saying may have been true up until the last 7 or 8 years or so (and I have been teachng for the last 25 years) but times certainly have changed.
One small manifestation of the ongoing change is the alarming statistic presented by Chaz.
If you have been following current events, tenure is difficult (read arbitrary) to earn and in any case barely provides. 'due process' nowadays.

Tenure means rudimentary due process and that's it. If Mulgrew negotiates an agreement on evaluation, we will get our butts handed to us again like UFT almost always do when negotiating with DOE. Please no talks. Just say no.

"Tenure" only means the right to have a kangaroo hearing rigged by school districts. Districts want to get rid of "tenure" in order to save money even though they "win" the overwhelming majority of all of these cases nationwide. Federal lawsuits school districts don't pay but instead their insurance companies do. Hearings come out of the districts' pockets and can cost tens of thousands of dollars per teacher.

"Tenure" is NOT a lifetime job; "reformers" are deliberately mixing it up with college tenure.

Trust the DOE? No freaking way. As we see with the worsening (ATR is bad enough, but now the weekly gypsy?) ATR situation, the DOE is showing itself to be thoroughly untrust-worthy.
This is an important discussion that you are venturing into with the teacher evaluation issue, for the NYC (ok, it's not NYS strictly speaking, but let's be realistic: what is tried in NYC will likely be tried elsewhere in the state) evaluations with Charlotte Danielson's evaluation protocols will lead to tons of terminations/3020a proceedings of teachers.
I've dealt with some of these different aspects of this issue at my post "Sparks at UFT DA Over New Evaluations -- Danielson in the News -- the Truth Behind the Efficacy of High-Stakes Tests ."
New York City Eye.