What Actions Are The Union Taking To Correct The Violation Of The Contract That Wrongly Gave ATRs In Schools A Rating Of "N"? 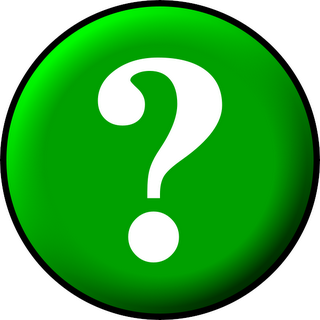 On June 27th, I wrote an article that many of the teachers, including me, who had finished their 3020-a cases and were sent back to schools, were given an "N" rating in violation of the contract. Complaints to the union has been met with varying incorrect responses by the

union representatives and no action by the union leadership. Betsy Combier, in her "Rubber Room Reporter" blog also has written about the lack of union action on this issue and can be read Here. It appears that those incompetents at DOE's Human Resources automatically generated an annual report (CAR) for teachers coming out of reassignment as far back as November with a pre-printed grading of "N" (not rated). Principals were confused but complied with the DOE's "N" rating not realizing that they could give their own rating for the time the ATRs were in the schools. Some Principals have tried to contact Human Resources on this issue but have been unable to reach anybody with the knowledge of the problem. "Did they all just disappear"?

Union responses to this violation of the contract has been tepid and confusing, ranging from filing a grievance within ten days, write a rating appeal in September, talk to the Principal over the summer, or the "N" rating issue will be taken up in the Fall. However, all these responses by the union are wrong and absolve them of responsibility in this apparent PERB violation by the DOE. I myself tried to contact the union leadership at 52 Broadway on this issue but suffered the same fate as the Principals have with DOE's Human Resources. No phone calls are returned.

Maybe the union should be filing a PERB complaint as the contract has been violated and not corrected by the DOE. What does the contract say about who gets an "N" rating? It states the following:

A rating of “Not Applicable (NA)” is to be used only in situations where a pedagogical employee is reassigned out of his/her regular assignment for disciplinary reasons. The “NA” rating will apply only for the period of reassignment, cannot be used in any proceeding as evidence of wrongdoing and will not otherwise affect any other rights afforded in the Agreement where ratings are an issue."

This statement is in the October 2007 contract and can be found in Article 21F on page 115 if you want to read it for yourself.

My question is why is the union not enforcing the contract? Furthermore, why are different union Representatives giving various answers to the "N" rating fiasco? I would like the Union leadership to address this manner as quickly as possible since the "N" rating is a "Scarlet Letter" for ATRs who are trying to fill vacancies.
Posted by Chaz at 4:00 PM

Just for the record, not all reassigned ATRs received Ns. I personally gave two Ss, one of which I will be hiring on permanently.

After I received my N rating, I contacted my District Rep (DR). DR spoke to the principal who stated she would be willing to give me an S rating. Words but not actions. When this didn't happen, DR told me to wait until end of August. DR said I might get a U if I pushed the issue right now. I guess DR's vacation plans were waiting.

So, I went to UFT office. According to UFT rep with whom I met, an "internal" memorandum was circulated among the reps. It read that an ATR who was in a reassignment center, and then placed in a school, in the same school year, should have received 2 separate rating sheets: one as a reassigned teacher resulting in an N and one as a teacher (ATR) resulting in an S or a U depending on the principal's rating. It goes against the UFT not to have received 2 ratings.

The principal of the school I worked in, relishes in treating me-the ATR-with the utmost disdain. (I won't internal this because she doesn't know me, the real person that I am.) She stated she would sign a letter of recommendation for me that I wrote. I haven't received it and I won't count on it. The Assist Principal signed one for me. The letters may not even be necessary at the job fairs. I don't know.

My feeling about the "scarlet letter" is that even if we received the 2 proper rating sheets, the dates would be a give away and the principals will probably figure it out. Unless they are stupid. The bottom line is the DOE screwed us, the UFT has been and still is screwing us and unless someone is in our shoes, they (who are them) do the minimum if anything at all. The punishment never stops.

I remain anonymous to they who are them and anyone else, except my family and loved ones.

Good for you. More principals should be doing what you did. Unfortunately, many of the principals take the lazy way out and do not question the DOE generated "N" rating.

It is worse than that. Any rating other than an S prohibits employees from per session activities. With larger numbers of students taking summer classes members may be denied per session activities which are pensionable. The appeal which is problematic at best may not afford members the right to be made whole. Yes, this fiasco should be expeditied at the members request. The union appears to again have jumped at a political solution while not considering the ramifications for members especially the already abused members who are in the absent reserve pool. Mulgrew is all over the radio praising those who fought the layoffs, very well, BUT,do not forget your dues paying members!!

Getting a "U" rating stops you from getting per session work.. The "N" rating is only associated with reassigned teachers who are ineligible for per session activities.

If the DOE fails to correct this apparent violation of the contract and refuses to change the "N" rating, does the union take it to Arbitration in the grievance procedure? If so, doesn't it take a year or more for a resolution?

As for the appeal. That is a joke, since it is a DOE hearing officer (usually a retired Principal) that hears the appeal.

Yes. The grievance procedure ends in arbitration. The fact that neither party enforces time limits is not grievable but part of our labor relations system. We know that our current ratings system will expire soon. I can only imagine the grievances and appeals under the new system.