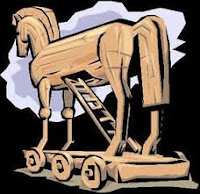 Well, the DOE has seemingly shot themselves in the foot yet again as they refuse to fund a student literacy program that apparently works while adding more layers of bureaucracy to the already bloated Administration. In the New York Daily News Opinion page, the very respected Sol Stern wrote an article on how the DOE has decided not to continue to fund a pilot program that seemed to work for the neediest students starting in Kindergarten and went to second grade. This program is called the "Core Knowledge Language Arts Program" . While I don't always agree with Sol Stern or believe in some of his education ideas, this program seems to have vastly improved the students knowledge relative to the control group for the selected Bronx and Queens schools that implemented it. It would appear worthwhile to continue this modestly priced program and see how the students do in the years ahead, at least to their middle school years.

However, the DOE has not allocated funding for the "Core Knowledge Language Arts Program" for the 2011-12 school year. The total annual funding for the program is estimated to be $300,000. Instead the DOE has quietly decided to spend a couple of million dollars on more administrators. The New York City Parents blog reports that Tweed has quietly authorized the hiring of more bureaucrats and knowing how the DOE massages the data, these positions will be assigned to the school budgets and not Tweed's, despite the schools never requesting these unnecessary bureaucratic positions or using their dwindling funds to pay for them.

Here is just another case how the DOE refuses to fund a program that apparently improves a student's literacy knowledge while wasting money on more layers of unwanted bureaucracy and in a typical Trojan Horse move, charge the schools for these positions rather than the Central Bureaucracy who proposed it. Just another way that Tweed screws the schools and the children in them. Children last. Always!
Posted by Chaz at 8:27 AM