The DOE Informs Principals How To Use And Abuse The ATRs Based Upon The New ATR Agreement With The Union. 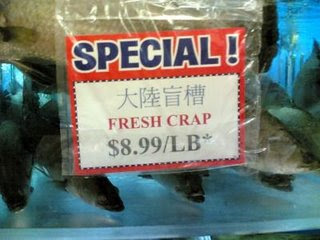 The real question is how many ATRs will a Principal need to interview or try out before he or she can hire an outside substitute? One, three, ten in the subject area? Do they really need to interview any ATR for the position at all? Like all of the DOE/UFT agreements, there appears to be a lack of enforceability if principals violate the ATR agreement. Just like the last two ATR agreements, no Principal has ever been brought up on charges for violating the previous two agreements. I do not expect that Tweed will discipline principals who violate this ATR agreement as well. An example would be the "Dare to be remarkable" school with the "C" rated Principal who has already told an outside "newbie teacher" that she will be a long-term substitute for a Math vacancy in her school during the 2011-12 school year. If the "C" rated Principals follows through with the hiring, what will the UFT and DOE do? Past history say that the "C" rated Principal will get her way and not be disciplined and that will tell us all about how well the new ATR agreement will work. I hope I am wrong, but I doubt it.

Yes, there is a new Chancellor at the top but at Tweed it is simply business as usual when it comes to following the ATR agreements negotiated with the union.
Posted by Chaz at 11:23 AM

We all know you write about ATRs all the time because you are one but there are a lot of other topics out there.

Why should teachers be spending their own money on school supplies? Do doctors, lawyers or business people have to supply their own?? NO!

Why don't teachers receive any feedback from principals? What about real teaching seminars? Currently anything we get is just a bunch of BS. We should have things that help us improve as teachers.

I know you are passionate about ATRs but there are a lot of issues facing teachers today.

Why don't teachers receive any feedback from principals or

Sorry last sentence was a mistake.

It appears that you actually think that the UFT is going to do something to help ATR's.

By now, it should be obvious that the only help will be to get rid of all senior teachers.

The purpose of the last "agreement" between the H.R. enforcement arm off the DoE and the DoE itself, is to further debase and degrade those drowning in the ATR pool.

The prime objective is to constructively discharge said drowning ATR's.

Make the work experience so hostile and wearing that the ATr will look at themselves in the mirror and say inspite of this economy I am done being treated like a third class indentured servant, and quit.

The union would enjoy having two hosts to parasitize for dues instead of one.

If for one second a dues paying member thinks that the UFT wil be coming to save them then, they are truly delusional and its time for the orderlies in the white coats to come calling.

Really, know whom before you stand.

Chaz,
How did you find this webcast?
I see the address is http://learningtimes.adobeconnect.com/atr2011. Are you a member? If so, how does one join?

Time will show, but initially this agreement looks like it leaves ATRs in pretty much the same position they've been. Work in a vacancy all year? Doesn't mean you have to be placed on the TO.

Chaz writes in defense of many teachers, including ATRs, but not exclusively ATRs. Be patient, the topic will turn.

Given the ATR selout, the fact that the new agreement (teacher evaluation) will be used to fire teachers in two years, why is the uft useful? This is a question that a lot of teachers are asking.

You are considered useful and indispensable when you are the only game in town. It is always more urgent and more focused for UFT to control and defeat any threat within.

I said it before and I'll say it again. ATR's have to get together and make some noise.

Yes, I am an ATR and that makes the subject personal. However, I do try to look at all issues. Just look at my previous posts.

Glad to see your comments. I thought you have left me.

I still have some faith in our union. They did a good job against the Bloomberg LIFO bill, and have held the line against contract givebacks under Mulgrew. While I would like to see more advocacy, you cannot expect the union will change with the same leadership in place.

A friend sent it to me. Further, Ednotes online has it as well.

Chaz,
Thank you for the info about Ednotes online. Keep up your work informing the public.

ICE has the video too.