Are Principals Practicing Age Discrimination When Hiring ATRs For Their Vacancies? According To Me They Are 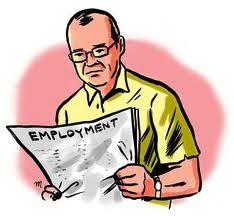 I have previously written on how principals are either hiding their vacancies or are selectively interviewing the youngest and cheapest of the ATRs when they cannot hide their vacancies. Of course if you ask the union or the DOE, they will claim that no such age discrimination is occurring. However, very few, if any older ATRs are getting any interviews. Now I read an article in Educationnext that showed that in Chicago, the younger principals do not like to hire older teachers and since many of the new generation of principals are younger and come from the infamous "Leadership Academy", they rather not have older teachers on their staff. In the article by Brian A. Jacob, a professor of education policy and economics at the University of Michigan, wrote the following:

While I am sure both the union and the DOE have statistics that can support my claim, I don't expect them to publish them as not to embarrass each other. The DOE for allowing principals to practice age discrimination and the union for turning a blind eye to the practice. However, there is anecdotal evidence to support my claim. I have spoken to many ATRs and a few Chapter Leaders who have told me that the principals were looking for younger and cheaper teachers to fill their vacancies. Part of the reason is their tight budgets but it is increasingly obvious to even the casual observer that the more senior ATRs are not even given interviews. Other principals are hiding their vacancies in the vain hope that the hiring freeze is rescinded at the end of August or that they can gain an exception as some principals were able to do in the last two years when Joel Klein was the Chancellor. Of course, many principals will simply let the "Children First Network" assign an ATR to them and let them fill the vacancy without taking on their salaries. Whatever the reason, the senior ATRs are not being selected to interview for the fewvacancies listed.

The only way that the DOE can save the $43 million dollars that they promised Bloomberg is to make sure every vacancy is listed and that the ATRs fill them. I am not holding my breath waiting for that to happen anytime soon.
Posted by Chaz at 9:44 AM

The principals are not the cause of older ATRs not being hired. The cause it the format in which teachers are hired.

If NYC had individual teacher allocation for each school irrespective of budget this would not be a problem. For example: If a principal was told they could hire 20 teachers irrespective of salary and they has a non-teacher budget was $250,000; the principal would hire the most qualified teachers and spend the remaining money on other resources. BUT this is not how it happens. Principals are given a budget for the entire school; say $2,000,000, they are than told to staff and support the school with this budget. Now the principal has many hard decisions to make for example; should they hire 40 teachers for $50k (obviously younger) or 20 teachers for $100K (obviously older). Every dollar that is spent on a teacher is one less dollar that is spent on other resources throughout the school.

Yes, I am sure a few principals discriminate based on age (and it might not necessarily only be young principals) but a majority are discriminating based on budget.

Chaz, what would you do? Do you not have the school cleaned? No administration or other support? No resources for the teachers? What should be cut??? It is NOT an easy decision. Of course it is easy to say hire the most experienced teachers but that strategy leaves no budget for the other required activities.

At the end of the day the easiest thing to cut it old EXPENSIVE teachers. I am not saying this is right because it is not. What I am saying is that the principals aren’t left with a choice. Schools should be told they can hire X amount of teachers irrespective of salary and than have a separate budget for other resources. NYC is at fault not the principals.

i am wondering if there is something that can be done. not only that there is a teacher service report that principals get that can be quite damning to people who have been in the rubber room, atr or.... we have been prompted to seek out employment but it is a farce since most of us will not get an interview or hired. in addition, the job fairs are cattle calls. i really am not liking our union more and more.

to anonymous number one: what you write is cute and naive and partly true. however, there are other factora at play including intimadation, bloomberg's plan of silencing whistle-blowers and actively making folks more quiet, complacent and thankful they have a job. these are not mere coincidences and i just wish people would stop rationalizing for the rich and make it plain.

I understand that you dislike rich people but I am trying to figure out how age discrimination and rich people are linked together.

You do make some good points. However, the DOE claims it is "children first". Always. If that is the case the principals should be hiring the best teachers not the cheapest. Not even giving senior ATRs the courtesy of an interview tells all and it is not about the students it's about them.

Chaz,
I completely agree that the DOE claims to be “children first” and that they don’t always act in that fashion. Unfortunately, the DOE has forced this policy/belief onto the principals.

When the mayor and the union made the deal to hire ATRs, they didn’t go back and give the individual schools additional monies to spend on the ATRs. If I am a principal with $55K left in my budget for a teacher, why would I interview an older ATR? It would just be a waste the principal and ATR’s time, because the school can not afford the older ATR.

I am sure you can come up with examples of principals who hate old people but a majority are just making do with what they have. The DOE has set high expectations but have not given the principals the funds in order to meet the demands. The DOE has forced principals to hire young CHEAP teachers.

"If a principal was told they could hire 20 teachers irrespective of salary...the principal would hire the most qualified teachers"

Bloomberg has obviously created a system in which the most qualified teachers are not being hired because many of them are also the most experienced, with the best credentials, and probably also the oldest.

Put the blame where it belongs--on Bloomberg. Everyone else is secondary.

That was the point of that comment. Bloomberg has created a budget situation where principals have an incentive to hire younger teacher. If you took this incentive away, I am sure you would see more principals hiring older teachers.

Another abuse being done by principals is keeping positions open and using per diem substitutes to cover full class programs. In FDR high school in Brooklyn a long time substitue stated that this past year more than 11 per diem substitues were filling regular programs. The subs had to submit their student grades to counselors who then manually made the entires. It appears the substitute teachers names are not allowed to be exhibited on the ATS system thus hiding the position. Probably hundreds of cases like this example.

According to the new agreement what FDR is doing is illegal and the district rep must be informed.

Salary has nothing to do with hiring ATRs. We cost the same as a new teacher. We never cost more than the average teacher salary of the school.