Welcome To The Bizarro World Of The DOE Michael Goodwin 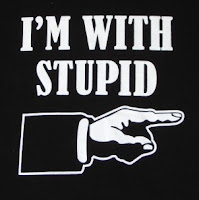 New York Post columnist, Michael Goodwin has seen first-hand how the bizarro world of the DOE works when investigating wrongdoings by administrators. In today's column Michael Goodwin wrote about his frustration when he tried to follow up on allegations of cheating by school administrators with the Special Commissioner of Investigations head Richard Condon. To his shock and surprise, SCI refused to take any, not one, of the 25 accusations of cheating at the schools. I could have told him that under Richard Condon, SCI only looks at sexual (no matter how trivial or phony the accusation is) or criminal matters and dumps the rest to the Office of Special Investigations (OSI) which is subordinate to Tweed. Guess where these allegations of cheating went to? You guessed it, OSI! No credit recovery needed for you. This is the same inept OSI that has an ongoing two-year investigation of the Principal at Lehman High School for cheating (changing grades) and she is still there as Principal!

Maybe now that Chancellor Dennis Walcott is sufficiently embarrassed by DOE's failure to take prompt and real action against cheating administrators things will change. Yeah right, and if you believe that it will, I have a bridge to sell you. I hate to say this but I told you so. In my opinion nothing will change when it comes to investigating school administrators.
Posted by Chaz at 11:00 AM

Chaz could you find out if the principal that allowed Tatianna Breedy to graduate from Lafayette HS a credit recovery scam that you noted in a recent posting is one of the administrators they are investigating?

She has resurface as acting Principal at MS 053 in District 27 (Queens). Did you expect that Tweed would actually terminate her for her actions?

Read this about what she did at this school.

She is like a bad penny that just keeps resurfacing despite her problems and poor decisions.

Walcott needs to gather records of all the students that have flunked multiple subjects, yet get passed by the principals anyway. The only thing that matters is math and ela. Flunk one and it's summer school, then they get passed after that. In 16 years there has only been 2 students held over. And one more thing, discipline must be addressed and not swept under the rug. If schools preach the discipline code, principals and lackey ap's need to strictly enforce the rules. Stop all the window dressing and do your job as you expect teachers to do theirs. Leave teachers alone. Stop the freakin harassment of teachers and the BS reasons you give them. Maybe it's time for teachers to blow the whistle on the administration and put letters in their own freakin file. The word harassment is an understatement. What happens to teachers is outright terrorism. Now take this message and stick it on your word wall. This is all the data you need to know.

Do not hold your breath, there is a good chance Walcott's own ethics are not too different from cheating principals.

We live in a different type of democracy now, where public officials lie to our faces, and the workers are frightened to death of losing their position, so they go along with much of it, since they KNOW that the system is intrinsically corrupt to the everyday individual. It's called fascism.

A very sad example of that was when someone forced Chaz to take down the political cartoon of Bloomberg in a Nazi uniform-like he's NOT a Nazi like dictator?What aboout that third term he forced on this supposed "greatest city in the world?" That someone threatened in just the right language to frighten Chaz into removing the image from the blog. Chaz was probably afraid that they'd send him back to some type of Rubber Room, or bring him up on other charges. So , understandably out of fear, he did as he was told. Sad...but true.

I took it down because it offended to many people not because of what one anonymous jerk threatened.


If I was intimidated like you said, I would not be writing this blog.

Anon 3:37:
"What aboout that third term he forced on this supposed "greatest city in the world?""

I don't agree with Bloomberg getting himself eligible for a third terms but his third term was also not forced upon us. The citizens of New York voted for him.

You or I may not agree with Bloomberg decisions or tactics but he was voted into office by the citizens of New York City for three terms. He is NOT a dictator his is an ELECTED official. To compare him to a Nazi dictator is not fair and offends the Jewish community.

I think you need to go back to history class to better understand who the Nazis were and what a dictator is. I don’t think Bloomberg has treated teachers fairly but he also has not literally committed genocide. I think you need to calm down and get a grip on reality.

~An Angry but Realistic Teacher

Chaz...I wasn't attempting to insult you in any way. It was my recollection however, that one poster in particular threatened you in a certain way, and that post seemed to force you to remove the image. That post used language that seemed to threaten your career in some way. it seemed to come from a powerful insider, but I could be wrong. You were fighting the good fight to leave the image up, until you received that post. I could be wrong on that one. I commend the work you do in this blog.

To Anon 3:37, I didn't realize that "the Jewish community" marches in such "lock-step"-that sounds pretty scary to me, AND for you to claim to speak for this "community" is pretty scary as well. So "The Jewish community" can't even hear the name "Nazi" any more? That's REALLY scary. What happenned to The First Amendment in this town? Bloomberg acted like a Nazi, politically, in denying the public a referendum vote to decide if they wanted to overturn term limits. Heir Bloomberg didn't want to even risk hearing what The People had to say on that issue. That is totalitarian, and extremely evil, considering this was once a democracy. THEN, all he had to do was beat Thompson, who was a patsy candidate, and STILL almost lost the race. Seems like Heir Bloomberg would have lost that referendum vote handily, and knew it. Thompson ran a very weak campaign against Heir Bloomberg-it was all a fix. And just like Hitler, Bloomberg "owned" the once proud NY press corps, either through fear or bribery. The Press gave him a complete free pass when he did this-AND told the voters repeatedly that Bloomberg was going to win the election by 20 points, so why bother voting-right? How could they be so "off" in their predictions? If you don't see the destruction of the democratic process here in this cosmopolitan oasis, you're deaf, dumb, and blind.

That was the 42nd comment out of 46 and at least a third were upset with the Bloomberg picture and that is why I took it down. Not because some idiot threatened me with SCI. I have already encountered the SCI investigators and I know what the can and cannot do.

SCI looks at sexual and criminal issues not what Bloggers write about unless it falls into the above two categories.

You are obviously not Jewish and have no sensitivity with the suffering that took place on the hands of the Nazis.

It is not about the first amendment. It is about sensitivity and reality. Comparing what Bloomberg has done, to the attempted genocide that the Nazis did is not a realistic comparison. I agree that he has not treated teachers fairly but he has NOT taken a single teachers life.

I told you that I do not agree with his tactics to get elected for a third term but I also do not think there was fear or bribery involved. I do believe that the challenger was not strong enough. I do believe his tactics were detrimental to the democratic process but that certainly can not be compared to genocide.

Please do a little research on the Nazi movement so you better understand what you are talking about.

Anonymous said...
This comment has been removed by a blog administrator.
12:22 PM

I apologize. I was trying to point out that I understood your points but your analogies between Nazi and Bloomberg were off base. I was incorrect in trying to point this out to you.

You last comments showed that you are just an Anti-Semite. Your anti-Semitism is nauseating.

I would strongly encourage Chaz to deleted your last post because it is spewing nothing but hatred.

You are absolutely right. I cannot tolerate such anti-Semitic filth on my blog.

Anonymous said...
This comment has been removed by a blog administrator.
9:15 PM

You are just an anti-Semitic sicko. Peddle your filth somewhere else.

Anonymous said...
This comment has been removed by a blog administrator.
10:56 AM

Anonymous said...
This comment has been removed by a blog administrator.
11:20 AM