What Happened To the Missing 8,000 Teaching Positions? Beats Me, Except The Schools Are Not Hiring The ATRs To Fill The Positions. 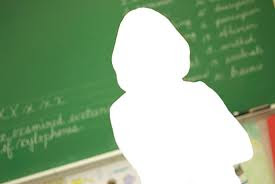 Over the last three years the New York City Public School System has shed 8,000 teachers through attrition. Even with a rise of class sizes, many of the vacancies have gone unfilled and given either to a long-term substitute from outside the system, "F" status ex-employees, or ATRs. For many principals it was more of an advantage for their dwindling school budget to not fill the vacancies with high-salaried excessed experienced teachers. Instead. they would look to the above-mentioned three groups to fill the vacancies as cheaply as possible, paying them a substitutes salary.

I have spoken to numerous ATRs and not only have they not found positions but almost all of them have not even obtained an interview! The news media vilifies the ATRs as lazy, unmotivated, and "bad teachers" aided and abetted by the Bloomberg/Klein Administration. However, this is far from the truth. Take me for an example. I have applied to eight vacancies in my subject area, which is a near-shortage area. Yet, despite my resume showing all the advantages the school gets by hiring me, especially my passing percentage in the Regents, I received only one mass interview. Furthermore, the job fair I attended were dominated by Bronx and transfer schools and few Queens schools were there. Even the ones that had vacancies in my subject area!

The question is why don't I get interviews? How about age and salary? When you a highly-paid senior teacher and schools are under budget pressure, why hire that teacher when the school can get an ATR to fill the position for a third of the salary, with Tweed picking up the rest? Until Tweed removes the unfair "fair student funding formula" that is a disincentive for principals to hire ATRs and requires the school to pick up the full salary of any ATR that is placed in his or her subject area position, nothing will change. If Tweed is really serious in saving money, the DOE must make sure that all vacancies are posted and qualified ATRs are given the chance to fill the position as an appointed teacher.

Let's see what happens as the new school year approaches if the schools are really serious about putting children first and reduce class sizes by hiring ATRs for their hidden vacancies.
Posted by Chaz at 11:45 AM

Chaz we have excessed teachers and I was sitting on an 18D committee. It is heart breaking to see senior teachers sitting in the hot seat" trying to convince a 20 something new principal that they are what the new school needs. Teachers who have been in the classroom for years are expected to bring in portfolios with data, student work and photos! I put my self in their shoes and I come home and get so damn angry! But, what can I do? I can only be there to ensure the contract is followed. SAD! p.s. We all know that positions are NOT being posted on the open market!

My AP told two subs that they will have positions in the fall. He even handed them programs.

I have applied to over 70 positions in the past two years. I have attended at least 4 job fairs. How many interviews have I gotten? Three. No call backs. The math doesn't add up. I applied for positions in my other certification area (which would be an untenured appointment as I am tenured under Reading). The last ATR listing showed something like 53 (?) ELA ATRs. If I applied to about 65 ELA positions, why are there still ELA teachers in the ATR pool? They should have all been picked up and THEN some since the posted vacancies are greater than the number of excessed ELA teachers. And ELA is NOT a shortage area, so the principals cannot go out of the system. (Well, unless they deny tenure to an ELA teacher - then they can get whomever they like). Anyway, my somewhat meandering point is that the numbers do not wash and something definitely smells.

Chaz, senior teachers aren't "highly paid", they're higher paid. Let's keep that in mind. The DOE approach is simply "cheaper is better" and nothing but the bottom line counts. What is being done to the ATR's is cruel and inhuman, and is meant to make them resign out of misery. That's not working, since an ATR still gets salary and benefits. I know a number who are just going back to their previous school and will no longer go on interviews, since this "process" is so bogus. I hope the union grows a pair and acts like a union, not a DOE-enabling agency.

The principal wanted to hire an in-house sub but was unable to due to the agreement for no layoffs. He actually told me it worked out for the better because he was “forced” to hire a more experienced teacher. He was only hiring the long-term sub because she was familiar and convenient.

I hope the rest of your have the luck I did!

I am glad it worked out for you and that the Principal realized she had no choice. Sstories like yours is rare indeed.

you know i am so saddened by the state of education in nyc. when i came into teaching the old timers were strong, learned and renaissance folks who had integrity and never woul have gone for the underhanded mess that we are now embroiled in. i have a license in chemistry - hs and as an atr was sent to teach whatever in an elementary school which ranged from me subbing in kindergarten to teaching reading to teaching 6th grade science. teaching kindergarten was the worst since i had never taught such young folks in my life thus the reason for licenses. it didnt matter since i was a warm body. however, i would have been a greater asset teaching chemistry. i refuse to apply on the open market again. i am looking for employment elsewhere.

I have a similar story. I have spent my entire career, of about 14 yrs, in middle school, first teaching English, then as a Literacy Specialist. I have a degree in English Literature and another in Literacy (also an MS in Nutrition and Exercise Science, but that's another post, LOL). My Ed credits are all in secondary education. Although Literacy is a K - 12 cert, I have only taught grades 6 - 8. My first year as an ATR, I was sent to an elementary school to, as you said, do "whatever". Covering preps wasn't so bad, but for two 5 -7 week periods I was assigned to cover a first grade class for a teacher with medical issues. I had ZERO experience in the early grades and had NO IDEA how to move through the day. Never mind the fact that I generally don't like being locked up in a room with the same kids all day (hence my SECONDARY EDUCATION creds). I was even given a talking to by the principal because "you just seem SO unhappy". When I told her I felt really out of my league with this, she went on to tell me to "deal with it" and then began sending APs in for snapshots daily. Thank goodness I was able to hold it together until the teacher came back. I prefer students who can tie their own shoes.

I was an ATR for 3 years, and I can testify that everything in your post and in the comments is true.
The only difference is that I was just hired a few days ago to a position in my license area. Does this have anything to do with the new budget agreement? I don't know, but I hope that it does, so that other ATRs can use the new guidelines to escape from exile as I did.