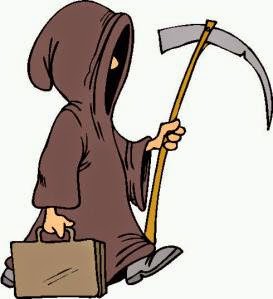 The education reformers have redoubled their efforts in trying to eliminate teacher tenure and flush from a victory in  California, which I believe will be reversed on appeal, they and their deep pocketed benefactors (the 1%) have filed a similar lawsuit in New York State.  The premise of the lawsuit in New York State is that the state teacher tenure laws violate the constitution that requires that every student should have an adequate education. This lawsuit is just another attack by the education reformers on the teaching profession and the teacher unions.

Interestingly, the tenure laws in New York State are more stringent than in California.  For example, it takes three full years of satisfactory ratings before tenure can be granted by the Principal.  Furthermore, the tenure decision can be extended for another year or two if the Principal and teacher agree to do so. In the last year in NYC only 56% of the teachers received tenure, while the rest were either extended or discontinued.  Moreover, the New York State teacher evaluation system will allow for a path for dismissal.  Finally,  once tenure is achieved, the teacher can still be terminated for misconduct or incompetence but gets "full due process rights" by going through a State 3020-a hearing in front of an approved arbitrator who decides the case.

Until a teacher gets tenure, the Principal can terminate a teacher "at will" and its extremely rare for an untenured teacher to win their appeal when terminated.  Chapter Leader Arthur Goldstein wrote about one such case when an untenured teacher went to bat for his students as their IEP's were being violated by the school administration and where not getting the state mandated services they needed.

When I was in the infamous "rubber room", I encountered hundreds of teachers during my stay.  The common theme was that most of the teachers were there because of problems with their principals.  I'm not saying that the teachers were blameless but in many cases the principals were told how to embellish, pervert, and distort the incidence to make it seem serious, just to get the teacher out of the school. It is only when the teacher goes in front of his or her 3020-a arbitrator can the teacher reasonably expect an impartial hearing.  If the DOE had its way, almost 100% of the teachers charged would be terminated, just like that for untenured teachers or teachers who appealed their "unsatisfactory ratings".

If there wasn't tenure would any teacher stick their neck out and advocate for their students, report wrongdoing, or question policies that appear to hurt the academic achievement of the students?  Few would.  Does one want to go back to the "bad old days" when nepotism, cronyism, and personal likes or dislikes dictated the fate of teachers?  I think not.   One of my friends who was untenured reported Regents cheating to her administration and her satisfactory observations before the cheating report became unsatisfactory after the report and was discontinued since it appears the administration was in on the cheating (in fact SCI was called and confirmed that cheating took place and had the educator removed).  Hopefully, the State Supreme Court will find in her favor and force the DOE to give her job back.

Nobody wants to work in an environment where any accusation by a student or administrator or the failure to take on extra responsibilities could lead to termination without "due process".  As it is, there will be a teacher shortage in five years and weakening or eliminating teacher tenure will accelerate the pace of good teachers leaving the profession.  Yes, tenure is important if school districts are to attract and retain "great teachers" and do what's best for their students by placing them first.
Posted by Chaz at 9:16 AM

Great post Chazz as you illustrate the need for tenure. I fully agree.

However, even with tenure, I am scared to death of "speaking out" regarding violations in my school or "disagreeing" with my principal on school policies.

It is sad to say, but one would be wise to keep his mouth shut, don't complain, and do what you're told....otherwise bye bye career.

It is this reason that I refuse to break up fights. No matter how young or old the students are, how big or small they are, I would NEVER EVER dare break up a fight between students. This would require applying "some amount of force" to a student which can lead to the end of my career.

In my 17 years in the system, I have been a first-hand witness to 4 fights. I simply SCREAM (and call) for School Safety and let them handle it. In 2 of those instances, a kid was BADLY hurt. And in those 2 instances, I was NEVER reprimanded/ admonished/penalized for not breaking it up.

Simply put, a teacher's career is in ZERO DANGER by NOT breaking up a fight. However, the teacher who puts his hand on a kid to break up a fight....can see his career end.

Current laws will make it all but impossible to get rid of tenure. But, and this is a big but, the UFT has opened the door for all of us to be quickly terminated. It did this via the current contract diminishing due process rights for ATRs. If successful, it's only a matter of time before it's used on all teachers. The excuses the city will claim will be the same that Mulgrew used - teachers will want a quick decision, the city will save lots of money, etc.. This from a "union" that wants to destroy the only decent schools left- the specialized ones. Great article in today's NY Pox (!) .

I'm one of the lucky ones. I dodged the discontinuance bullet and was granted tenure on appeal. As a third-year probationary teacher, I was rated unsatisfactory on my APPR after I accused my AP of Regents cheating and the Principal of cover-up. The pair had retaliated with four straight unsatisfactory obs followed by a coup de grace U from the Superintendent's Office.

On my APPR,I was a goner. But I argued retaliation with then OSI Director Theresa Europe. Recognizing the AP's and P's naked conflict of interest, Europe persuaded Supt. Marcia Lyles to review the Principal's death sentence. Lyles thereupon reversed it and thus granted me tenure instead. Later, she swore that there was not enough evidence in my file to justify termination. As if she needed any evidence at all to disappear a non-tenured teacher.

The moral of my story: tenure is better than no tenure because when the DOE subsequently pinned me with three false charges I had the right to put THEM on trial. I turned down a settlement from the rubber room and insisted on a hearing to demonstrate the corruption of the OSI cop, the incompetence of the OEO stooge, and the perjury of the DOE witnesses. The pro-se gods blessed me with an acquittal on all three charges, despite a capricious, CYA $10,000 fine by a newbie arbitrator for two uncharged and un-chargeable actions.

As we head into the Farina years, may they be swift and gone, it would be smart to organize in some fashion against the DOE bad guys who live to hurt teachers. Where in MORE on this burning matter?

A part of me hopes they do do away with tenure, so everyone will experience a little of what it now means to be an ATR. But, I'm not a vindictive person. Mulgrew and crew have to go, if we all are to survive in this ridiculous profession.

I don't care what your state calls it, but you do NOT have "tenure" any more than any other post-probationary public employee.

I despise the term "tenure" because it is not accurate. You do not have a job for life, which is what "tenure" is. That term should be used only for post-secondary professors. In truth, you have few protections at all as a teacher. NYC takes it more seriously than everywhere else in the country, but "due process" elsewhere is a complete and total sham. That's why most teachers elsewhere resign in lieu of dismissal.

I bet that everyone if had a chance wanted to get a tenure for his job, teachers especially. By the way, I think that tenure has to be worked on before applied. Of course, there are many of those who would want to eliminate it for teachers. I am a teacher and I want to feel on a safe side. Of course, with my knowledge I can easily find job at any quality essay writing website but I want to have benefits!

I just wanted to share with you people this amazing website that offers college essay help, enjoy!