The DOE Central Bureaucracy Grabs 77.5% Of The Federal Race To The Top Money For Themselves.

The New York City Department of Education (DOE) took the lion's share of the federal Race to the Top (RttT) funds to pay for their own needs and only sent 22.5% to the schools, where the money was intended for.  That's right, the greedy and bloated DOE bureaucracy took an astounding 77.5% of the RttT funds.  The Independent Budget Office (IBO) broke down the latest year available (2012-13) and found that the DOE Central Bureaucracy took an astounding $83,327 million dollars from the RttT compared to only $24,195 million dollars.  Unbelievable but true. 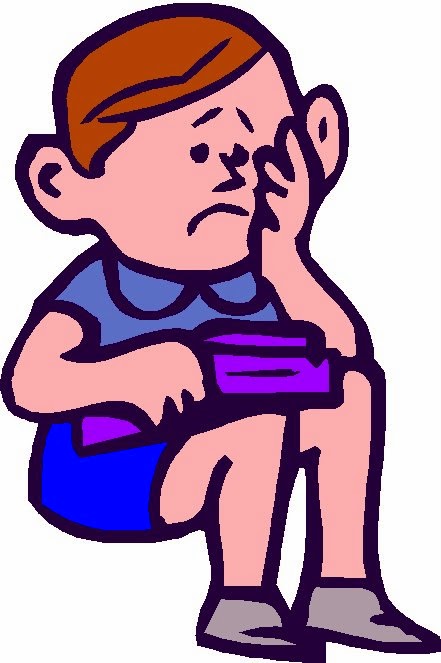 Contained in the IBO report the money sucking and useless Children First Network received $1.24 million dollars of the RttT funding.  Money that could have more efficiently used to hire more teachers or provide more resources at the schools that could have helped the students.  Worse, $13.425 million dollars went for high priced consultants and questionable contracts that had little or no noticeable impact on the schools.  Finally, $17.578 million went to purely DOE Central Bureaucracy functions and salaries.  The entire IBO report can  be found here and the RttT breakdown is on page 27 of the report.

Reading the IBO report is really eye opening since it provides statistics that shows the priorities of the DOE and its not about the students. For example since 2008, the total DOE budget increased 10.3% while principals were experiencing an average budget reduction of 14.3% over the same time period. Moreover, the number of principals increased from 1,283 at the start of the Bloomberg Administration to 1,650, a 29% increase. By contrast, for teachers the number has dropped from 78,882 in 2008 to 73,789 in 2013, or a drop of  7%.  For general education teachers the reduction is 14%  The report also showed an increase in class sizes throughout the years and tor 2013 is the highest during the Bloomberg Administration. Finally, the teacher turnover rate for the latest five year period was 62% and 20% for one year.  These teacher turnover rates are an indication of the hostile classroom environment created by the Bloomberg Administartion.

Its obvious that unless Mayor Bill de Blasio "cleans house" at the DOE, the IBO report shows that its still "children last" and DOE Central Bureaucracy first when it comes to the nyc public schools.

In the Abbott and Costello skit called "the loan" represents the DOE and the schools when it comes to funding with Abbott being the DOE Central Bureaucracy  and Costello being the schools.
Posted by Chaz at 3:46 PM

Obama continually makes the same mistake. You can't turn over hundred of millions and expect organizations to do the right thing (i.e. bank bailouts). The waste with the DOE is incredible however. Its tantamount to stealing from children to bankroll corruption - which is what CFNs, Pearson and those high priced consultants signify. Add to that the huge class size, experienced teachers turned into ATRs,lawyers galore, and one realizes the DOE has nothing to do with education and everything to do with the self-interest of those in charge.

RTTT funding was never intended to go straight to the classrooms. Instead it went to anything labeled "Reform" or "Testing". On the Federal level a lion's share was given to charter organizations and TFA.

That's not entirely true. The money was to go for testing but much of the money was intended to go to further student educational outcomes.

Giving the money to the DOE Central Bureaucracy does not meet that goal.

I know of a specific incident where the CFN told a principal not to hire an ATR bc he made too much even though the kids and principal wanted to hire him.

Why not send this story to the daily news, times or post?

This is a travesty and the union is nowhere to be found. Unfortunately the union is just as corrupt as the DOE. Why isn't Mulgrew speaking up? He seems more interested in getting ATR's terminated than doing holding the DOE accountable with their incompetent ways. I think that is the biggest injustice of all.

Im sure you will still defend them

If you read the story, there was no sexual misconduct. Granted he crossed the line and acted too much as a parent and the Arbitrator punished him for it by giving him a 6 month suspension without pay and health benefits.

It appears you and Campbell Brown have similar misguided opinions.

A principal was terminated on the last day of school and it hasn't hit any newspaper yet. Very surprising. The network for this principal is the pathetic New Visions network. They are going to catch heat for this one when it breaks.

And you defend him and his actions?

I wonder if you would want your kids taught by him

Whenever you have over a 100,000 plus people in one occupation you're going to have a few bad examples (politicians,lawyers,priests,ministers,rabbis,and even the exalted newscaster). That doesn't mean you should strip the rights of the vast majority. In no profession is there an assumption of guilt and punishment when cleared ,except for teachers. We have become Americas scapegoats. We are an excellent distraction from the economy ,Iraq, Afghanistan ,crime, and the overall fleecing of America by oil,utility and food corporations.

If he was a quality teacher yes.
Again you and Campbell Brown believe just because the teacher is accused of se3xual misconduct then it must be true.

Ms. Brown is an ideologue and clueless, what's your excuse?

My excuse is you consistantly contadict yourself. When it comes to ineffective and boarderline criminal behavior from administartors you demand immediate loss of jobs

Time to be consistant and not biased. This guy deserves to lose his job as does marcella sills

Not true. I want the same rules to apply for both teachers and administrators. If both are accused of similar conduct then both should be removed, pending a 3020-a hearing, or both stay at the school.

I just want the same rules to apply toll educators.

Can u name this principal?

Chaz im sorry but i think you are wrong on this one. We live in a world where unions and lawyers run the show.

I dont see the double standard. I do see where unions pick and choose who to defend however.

Yep, another leadershit academy principal was let go or reassigned, probably to tweed in the last week of school. CIMS HS x288, seems the principal hired her cronies and "mistakenly" put in for per session during Hurricane Sandy. But I'm sure there is more....

Yep, another leadershit academy principal involved in a scandal is removed. and during the last week of school. CIMS HS X288. Seems she "mistakenly" put in for per session during Hurricane Sandy and who knows what else. Guess she really had a New Vision.