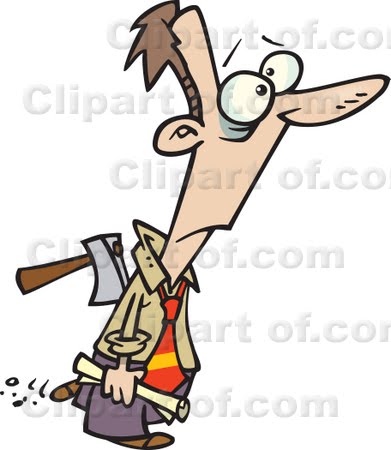 Over the last few years the New York State Education (NYSED) has directly or indirectly used some of the RttT funds to go after teacher licenses who were terminated in their 3020-a hearings for  "moral turpitude".  While the State always went after educators found guilty of a crime or criminal actions and removed their teaching license, it appears the State has expanded their definition of "moral turpitude" to include non-criminal actions as well in an attempt to get rid of more teachers. Lately the  Office of Teaching Initiatives has allocated more money to investigate more 3020-a termination cases that were not criminal in nature.  According to my sources, NYSED has used a portion of the increased federal funds allocated to the State  (RttT?)  to expand the State's  "good moral charterer" determination to include non-criminal actions of sexual misconduct, corporal punishment, and other non-criminal actions that lead to the teacher's termination in the 3020-a hearing process.

Moreover, the NYSED has also included educators who took a stipulation to resign or retire rather than go through their 3020-a hearing that fit into the ever broadening definition of  "moral turpitude". It appears all this is part of NYSED's attack on teachers, be it the badly flawed Teacher Evaluation System, their insistence to use high stakes testing against teachers while admitting that it's not appropriate for students, or the ever broadening of the "moral turpitude" clause of Article 83..  In fact, I know of a case of a teacher who was unjustly terminated in 2011 for corporal punishment in which she tried to restrain a violent child and never hurt the child in restraining him.   When her unfair 3020-a decision was reversed by the State Supreme Court as being "shocking to the conscience", only to be reversed again in a 2 to 1 Appellate Court decision, ahe found herself three years later subject to NYSED's punitive Article 83 regulation.

While nobody wants teachers who are a danger to the children to have a license, it appears that the NYSED is using a broad brush to label many educators as not deserving of a teacher's license and many deserving educators can no longer be a teacher simply because the NYSED has expanded the "moral turpitude" clause to include educators who are not and never have been a danger to the children and that's not fair or right for that matter.

Is the same type of standard applied to law enforcement? IMHO, they use excessive force far more often than teachers.

Some terminated teachers need to file a class action lawsuit. Once your license is revoked, you can NEVER, EVER teach again in public school district in the United States. Revocations should only be for criminal convictions or severe misconduct involving students or sexual harassment by principals with subordinates. It's bad enough if you are "dismissed" on bogus charges as I was in another state, but to give school districts and states so much power to destroy careers for much lesser reasons is insane.

So much for the UFT DOE détente touted by Carmen Farina. Please investigate and report the outlandishly high number of non tenured teachers who this June face discontinuance charges by the DOE. Many of the charges are initiated before the September test scores are calculated in teacher evaluations which may bump scores from ineffective to developing. Any buzz about this on the blogs??????

The "union" should gather all to demographic info on those teachers to ascertain if any one group is being targeted. Teachers have to be especially cautious in their private and professional life. Any chance the DOE gets they will use. Even the appearance of impropriety is enough to be tarred and feathered. We have to be puritans while passing out condoms and listening to thug turds scream "suck my d--k, ni--er" all day.

The "union" is busy sucking up to Weingarten not amassing data to protect teachers. Get with the program.

Hehe...S.Bronx....soooo true..ever since Scumberg , my friends think Im being overly paranoid about avoiding any problems in my personal/public life. I actively attempt to avoid people knowing Im in this field at all, since we are so under the microscope.Yes...we must remain squeaky clean, while working in a neck-deep human cess-pool, where all types of crude,rude, and crappy behavior is enabled.

Fyi.....teachers rated developing can also face discontinuance charges if a principal chooses to do so

Funny, I can relate to your post. My pal's also think I'm a bit over the top with my paranoia. Obviously, having a city job places us in a position of FAR MORE risk than those who work in the private sector.

Those of us who work for DOE have to watch every move we make in our personal lives. This is why I do not have Facebook, Instagram, or Twitter. I FEAR being caught up in something and the DOE coming after me over some nonsense.

It's just not worth the risk.

I got yer development hanging.

My license got revoked. I didn't have to register as a sex offender, I did not commit a crime, felony or misdemeanor. All was sealed and I have a disposition letter from the court. I called the state doe ospra numerous times and they don't answer my questions on how I can get help or speak to someone in person on how to get my license back. All they say is to apply online from scratch. Is there anyone who can help me with this? Any lawyers? I need help. I definitely did not deserve this.