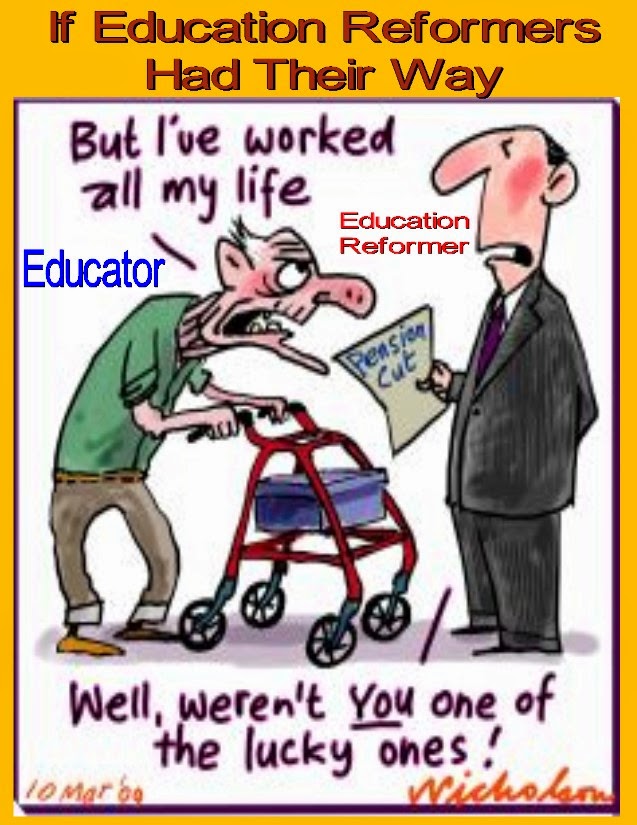 In a groundbreaking decision that has ramifications throughout the nation, the Illinois Supreme Court, in a 6 to 1 decision ruled that the State cannot reduce retiree health benefits, once approved.  According to the state's highest court the constitutional protections trump the State's  proposed 2012 pension reform changes that the Legislature and Governor have agreed to.  The decision, written by the chief justice said the following:

The Court, led by Justice Charles Freeman, did not specifically rule on the pension reform law, but declared “it is clear” that all pension benefits, including health insurance, cannot be, as the Illinois Constitution mandates, “diminished or impaired,” which the ruling called the “plain and ordinary” meaning of the state’s Constitution.

The key here is the State's Constitutional mandates that pension benefits cannot be "diminished or impaired".  This very same clause is in New York and a dozen other State Constitutions.  Therefore, these States, including New York, will now have a precedent to follow if any of these States decide to reduce retiree pensions, including health benefits. Therefore, in 2017, when the next New York State Constitutional Convention is convened and if the State Legislature and Governor decide to tackle pension reform, it will appear that already retired State and Local government employees will not be affected, based upon the Illinois court decision.

While its possible that New York State could tackle pension reform in 2017, it appears highly unlikely that the State cannot change the Constitutional mandate that retiree benefits cannot be "diminished or impaired" based upon the Illinois Court precedent.

That brings me to the education reformers who are spearheading the assault on educator pensions and teacher tenure laws.  All these education reform groups want to eliminate pensions and replace it with an inferior 401k/403b plan or none at all.  Furthermore, when one looks at charter schools, which is what the education reform groups strongly support and believe all schools should end up to be, almost all of them have inferior pension plans, some don't have matching contributions and a few don't even offer a pension plan!  In the education reform playbook its not about educator job security and pensions but how to maximize profits for their hedge fund allies who fund their groups and the charter schools. In fact, long-serving teachers is not what they want.  High teacher turnover, and making the teaching profession a transitional job is their goal and teacher tenure laws and adequate pension benefits is contrary to that goal.  Consequently, look for the education reform groups  to continue to attack teacher "due process rights" and compensation in the form of pensions and health benefits.
Posted by Chaz at 9:01 AM

Well, how does that affect any attempted change to health
benefit cost or changes within the plans, such as increased co pay? Constantly saying that we pay nothing for our health benefit, but we also spend a great deal out of pocket before the deductible is reached.
This is an interesting precedent. It would be good to have this clarified until we as a nation have the balls to demand single payer.

Question for Chaz: Does this mean that teachers who are currently working in the 12 states with pension protection can not see their future pensions reduced?

It's the fast food franchise business model at work. The media is hammering us and nothing as usual from the UFT. Oaths of alliance, double salaries, no transparency, and deeply divided members (who have no voice) will eventually spell disaster for all members and the death of the racketeering outfit run by Mike and Randi.