The NY Post Shows Its Hypocracy When It Comes To Improving Schools. 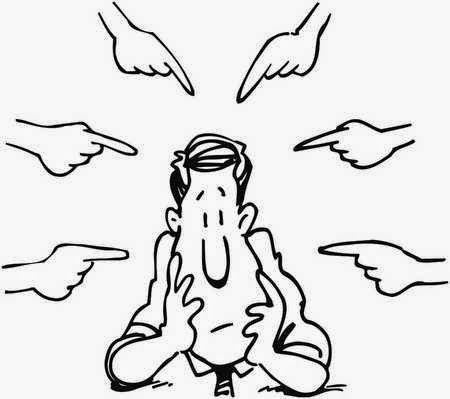 Over the Bloomberg years and in the beginning of the De Blasio Administration, the New York Post, echoed the education reformer slogan that a great teacher in every classroom is the major factor in closing the racial/income academic achievement gap.  To the New York Post it wasn't tight school budgets, a bloated DOE bureaucracy, large class sizes, unqualified administrators, social-economic factors, or family.  It was about firing teachers for any or no reason at all and making sure every classroom had an effective teacher.  Just like the education reformers, the New York Post would write editorials saying that the quality of the teacher is the most important factor in a child's educational development while ignoring the fact t5hat the schools were hiring the cheapest and not the best teachers for the schools.

One needs to just look at the John Hopkins study to realize its poverty and family that is the most important factors in reducing the inequality gap, not a great teacher in every classroom.Its time the education reformers and their media allies admit it.

Well at least there are no hypocrites in the DOE. There are no DOE attorneys that prosecute teachers they know are innocent. Academy principals have the integrity and excellence of character to defend their teachers in opposition of network targeting, and they would never give a teacher a U that didn't deserve it. And the worst kind of hypocrite is not to be seen: principals, AP's and field supervisors who nitpick lessons yet never admit when they are wrong. The Post ought to follow the example of the DOE which has demonstrated its humanity, uprightness and caring moral, decency to put the lives of children, teachers and counselors ahead of money. The people in authoritative positions in the DOE have taken hold of the truth that human beings are infinitively more valuable than greed, monetary interests, and selfish ambition.

No one cares anymore, not even me. Everyone (DOE, administrators, teacher, students and parent) knows the cause of the dismal school system. It's much easier to have a scapegoat (us) than to change an entire system of entitlement and money laundering. The change could start with discipline, in which students aren't allowed to bully other students or threaten teachers. But the DOE and its administrators are afraid of so many things- racial disparity in suspensions (in the most segregated schools in the country), parents, lawsuits, and dropping stats. In September, it will be worse than it ever has - "restorative discipline", no suspensions for outrageous behavior, and new teachers who don't know their ass from their elbow- (while experienced teacher sit in the back of the class praying for 55 to hurry up and arrive).

If poverty is the reason that students come into classrooms quite unprepared to learn, then it's a vicious cycle. Education is the most important thing that is needed to rise above the basic poverty level.

Yet said students bring into the classroom a complete disrespect for authority, extreme rudeness, a need to be entertained every minute by various means, very poor impulse control, an inability to concentrate for long periods of time, an inability to connect acts and consequences, and a very over-developed reflex of blame projection. Nothing is their fault, quite amazingly. Excuses will be made for anything that they do or say.

These behaviors are much more characteristic of very young children, and are quite age-inappropriate for older students. Yet that is exactly why so many in high school are not successful. They are like wide-gaped baby birds waiting for their share of the worm the mother bird has just brought, through no effort of their own. Gimmee, gimmee, gimmee that passing grade. Do work? Earn that grade? What, you kidding me?

This has nothing to do with any teacher born. It has everything to do with lousy parenting and poor values. If those are corollaries of poverty, then yes, poverty is tied with low academic achievement.

Chaz, great work in pointing out the hypocrisy of the news media. We know that the only thing the Post cares about is breaking the union and turning teaching into an at will employment. I will believe the Post when the people on the editorial board are teaching in the classroom.

It is ignorant of the media to say the ONLY factor in a child's education is the teacher. Thank you for addressing the sensitive issue about poverty and home life. No matter how many ways a topic is presented to a student if there isn't reinforcement at home (studying) then it will not mean much.

If there are any teachers still buying the Post I would recommend to boycott them. They are downright hostile toward teachers and do not attempt to understand our struggles in the classroom.

My parents were poor I grew up in rat infested environments my family on public assistance but I am thankful that my parents taught us respect Respect your teachers respect authority Today you see young people telling authourity F*ck U ...they learned that at home and brought it to school

Ann Mosley said...
This comment has been removed by the author.
3:41 AM