Are Our Schools Really Safer? The Answer Is No! 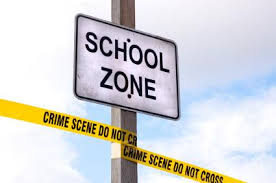 If you read the newspapers, the De Blasio administration and Chancellor, Carmen Farina, will crow about how suspensions are decreasing and criminal arrests are way down from the Bloomberg years.  What both the Mayor and Chancellor fail to explain is the reductions are based upon policy changes and lax discipline procedures, not because the schools are a safer place for children.  Last school year the head of the school safety agents pointed out how weapons confiscated at school never seem to show up in the statistics.  Instead, the schools have been told to use restorative justice techniques or issue warning cards instead of suspensions or arrests.  In fact, the DOE has told principals not to include the "warning cards" and marijuana offenses in the OORS discipline report.  Obviously, to hide the truth about crime and drugs in the schools.

The Mayor and Chancellor simply made it more difficult for principals to suspend misbehaving and dangerous students and discouraged arrests.  This does not make schools any safer and probably makes them less safe as these students remain in the school to disrupt, threaten, and intimidate other students and staff.  See Flushing High School.  Where the threatened teacher received a one month suspension and loss of her position at the school.

Just take a look at what has happen the last week.  First, at Richmond Hill High School, a Renewal School, there was a gang fight.  See the YouTube video.  The school is one of the schools cited by the New York Post as having the most student crimes. is it any wonder that the head of the School Safety Agents told PIX11 that the Mayor is covering up crime and violence at the schools because he wants to show progress in an election year.

The Mayor and the Chancellor may continue to manipulate the student crime and violence statistics but the truth is that the school are not becoming safer just because they want it to be.

No they are, not especially the one here students will destroy school property, start fires, bring drug to school, bring blades to school, you will call home and report this to your AP or your will witness it and the student will be back in your classroom the next day a bit calmer, maybe this this only jumping on the desks and playing on their cell phone. is this safe? you can answer this subjective question by your self.

Drug use and sale is rampant. Newbies are getting assaulted and nothing is being done. They are told not to report it or have the student arrested if the teacher wants to keep her job. "This has never happened before, you must have done something to instigate it, we'll have to investigate what led up to your accusation." Even the safety agents are fed up - they stand around all day with their thumbs up their collective asses while thugs are assaulting, threatening and dealing. Worse kids are bringing in weapons because there's fewer and fewer metal detectors. The schools are dangerous, if you get in a conflict with a student be prepared to be assaulted and you'll end up hurt, arrested for defending yourself, end up in the rubberroom or targeted. The Mulgrew knows all about it, but is too busy kissing Farina's ass.

Deblasio just got another year to control schools.The UFT should have tried to stop this.

No question schools are getting more dangerous. The last high school I visited--I was walking in the basement hallways. There were fights breaking out,threatening shouts which included the typical sexual innuendo, and evidence of gang colors all over the place---and those were just the teachers.

As far back as the Baltimore riots, the NYPD brass informed all of the APs of Security that anything short of violent felonies, "don't call us"...so this is the Big Stand Down...unfortunately...of course...I don't think they told this to the people in the trenches...the teachers...the Private First Class on the front lines...They told the APs of Security that even criminal behavior....drugs...violence...etc...they will not respond to it...so schools are left to deal with it best they can...which is... do nothing..

Is there any truth that mulgrew told Florida retirees ATRs are placed in the fall?

If so how will that work?

The UFT is part of the corruption they all agreed in passing students, disctiminate against veteran teachers, not reporting and having field supervisors pushing older teachers. A recipe ready to collapse a system.

Behavior is worse in elementary schools as well. Just this week a third grader slapped an AP in the face, told another to suck him off and yelled F you to every adult he sees. Five fist fights in the hallways between grades 3-5. First graders are hitting teachers and cursing them out. Nothing is done, no reports filed. These kids learn by 6 years old they run things and they let the teachers know. DeBlasio and Farina are a cancer to city schools.

The Baltimore riots started with middle schoolers and HS "kids" texting each other on social media. This is a matter of record. Thus, the authorities began this stand down position out of fear of something like Baltimore happening here, and it's remained in place ever since. Again, someone has to take the heat, and it's the PFC teachers who are doing so.

Tell me more about the ATR situation! What did Mulgrew say in Florida?

Chaz is there still a group of ATRs that give input to Amy Arundell? You were a member right?
What is the latest? The new school year is coming around soon! What is up with the new sup Mr. Asher?

Actually, the Baltimore riots started when an innocent man was murdered by the police.

Rumor is mulgrew said ATRs will be forced placed in the fall.

Uft giving no information. My question is what happens with open market? Is that done?

How will ATRs be placed?

Read the ATR Adventures blog @8:46 am, it's all there in black/white.

Bowne is a shithole like Bryant. Figures, Kwait used to bang Bryant Principal Namita Dwarka....another shipwreck of a human being.

The UFT will never reveal any back door deals.

School after school I go to, the students are misbehaving, disrespecting, and insubordinate. With the student discipline code being weakened even further, it will only get worse.

You're a loathsome rumor monger, a hateful purveyor of fear. Worse than Trump. It's a "fact" that Amy didn't say whatever she didn't say. What kind of nonsense is that? Stop publishing rumors, or, if you can't resist, at least have the decency to go back over your previous rumors and see how many were unfounded rubbish. Meanwhile some fool comments here that he gets all his information from you. What a moron. Stick to pension questions. Your inside information is pathetic.

Sounds like I hit a nerve? You must be part of the UFT leadership.


Rumors are rumors, some end up to be true, others aren't. That's why they are rumors.

Sorry to burst your bubble but Amy Arundell did say it at the Executive Board meeting.

As for the rumors? Chaz did discuss the end of the ATR rotation that appears to be true and he also pointed out the existence of the two ATR lists that also is true.

It's no surprise that the school is going downhill, especially when the DOE turns a blind eye to an ethically compromised rotten apple like Howard Kwait still being on the job despite being scum fit for the trash can. He has already been sued in a court of law 6 times and ripped off the taxpayer of over a million dollars. No wonder the students are following suit, and acting as if they have no moral compass. Sounds more like some third-world cesspool than a first-world country if you ask me!