The Daily News Gets It Wrong Again. 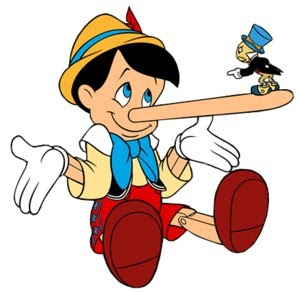 In today's Daily News there is an article that falsely claims that two teachers, jailed were still getting paid their full salaries by the City.  The Daily News is incorrect, during the time the two teachers are in jail they will not be paid.  They are suspended without pay   They cannot use their accumulated CAR and they are denied health benefits as well.  Leave it to the Daily News and their crack reporters to get it wrong yet again.

First, lets take the case of Columbia Secondary School teacher, Dean Bethea, who was convicted of trying to kiss a 16 year old girl and provided alcohol to her.  He received a four month jail sentence and was charged by the DOE with sexual misconduct.  That means that the DOE had probably took Mr. Bethea into a special hearing under the "sexual misconduct" charge to suspend him without pay or benefits for the duration of his time with the DOE until the 3020-a hearing arbitrator terminates his employment.   Its highly unlikely that Mr. Betha will get another paycheck from the DOE. except for his CAR payment termination pay.

As for Osman Couey from PS 194, he has also been suspended without pay or benefits during his 30 days in jail.  However, once he is released and since he was convicted only of a misdemeanor, he will be reinstated to the payroll while waiting for his 3020-a hearing to be completed.  It is quite likely that he could receive a sentence ranging from termination to a fine.  However, if its termination, he will be off payroll within six months.  Any lesser penalty will place him into the ATR pool.

Hey Chaz any info on forced placement or do I have to fly down to Florida find a retiree and ask?

The daily news is just stirring up anti-teacher sentiment. It's just going to get worse as we get closer to the November vote on a constitutional convention.

Its clear now, check the city budget. It says save 182 million by placing atrs.

The UFT is part of the corruption.

The UFT is worse than the MOB.

They are just helping the DOE to get rid of experienced teachers. Dwarka and other principals like the UFT because they have a common goal.