My Response To Principal, Matt Willoughby's So Called Compromise On "First In, Last Out" (LIFO) To Terminate The ATRs. 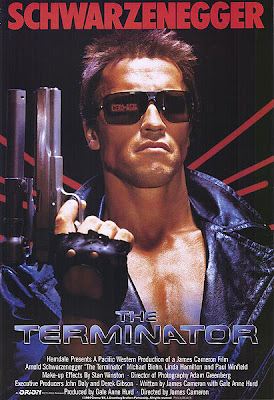 Gotham Schools printed a discussion with Principal, Matt Willoughby, who runs the Manhattan Urban Assembly School Of Design And Construction and who called for a compromise proposal to supplant the seniority-based layoff provisions called"last in, first out" (LIFO). His so-called compromise would be to terminate the ATRs.

In the piece, at first, the Principal said all the right things, like "as a politician, I would do everything in my power to avoid teacher layoffs" and "I would not trust all my peers in making the right decisions on who to layoff". However, he then proposed a compromise to LIFO by laying off the ATRs. This of course is not a compromise since the DOE created the ATR crises in the first place and cannot change it without a "collective bargaining agreement" with the union. Therefore, it is time to remind the Principal why we have ATRs in the first place.

The ATRs were created by Joel Klein and agreed to by Randi Wiengarten as a way for principals to hire whatever teachers they wanted, which was almost always inexpensive and usually nontenured "newbie teachers" as the DOE imposed "fair student funding formula" which forced principals to hire the cheapest teachers to balance their ever shrinking budget. The way the DOE used the "fair student funding formula" was implemented it amounted to a 20% effective cut in the school's payroll. Therefore, principals were very reluctant to hire highly-paid, experienced teachers to fill vacancies. Furthermore, the "Leadership Academy principals" were encouraged to hire the "newbie teachers" especially from the alternate certification programs such as the "Teaching Fellows" and the "Teach for America" programs. No longer was the Principal required to fill vacancies with excessed teachers and Tweed actively encouraged the principals to hire who they pleased to meet their budget limitations imposed by Tweed. The result was an ATR crises that see anywhere between 1,200 to 2,400 teachers without a position. In the ATR agreement the DOE committed to pay the ATR salaries until placed and agreed to no ATR time limit.

More importantly, many of the ATRs are "great teachers" who have the misfortune of working in schools that Tweed targeted for closure or were unfairly charged by a vindictive Administrator under 3020-a and were not terminated. To demonize the ATR is simply wrong and the Principal should know that. By agreeing to layoff ATRs the Principal is not asking for compromise but is parroting the Tweed line that ATRs can't teach and are "bad teachers" and should be laid off (fired).

My proposal is to eliminate "fair student funding formula" therefore, giving back to the schools the 20% cut they experienced since it's implementation. The additional money can be used to dry up the ATR pool and reduce class size to a more manageable level. Furthermore, the reduction in the Administrative bloat in the Central Bureaucracy to 1997 levels as the Governor has suggested will eliminate many of the unnecessary programs and consultant services that just steal money from the schools.

In summary "eliminating the "fair student funding formula" and the Administrative bloat will not only make teacher layoffs unnecessary but eliminate the ATR pool and free up funding for many school programs.
Posted by Chaz at 7:24 AM

The problem with teachers is that you complain how bad you have it. No one said teaching a bunch of children is easy but teachers complain as if teaching is the hardest job in the world. Stop complaining and you will get a lot more respect.

I am a teacher and I agree that teachers do complain a lot. But I do not think a majority of people understand how hard it is to teach.

You do have a point. However, if the education deformers claim they only want "great teachers" without even to attempt to define what a "great teacher" is. Therefore, I who work in the classroom is just as qua;qualified to say the same about the ATRs.

We have all seen this as students. Some of our teachers had great management and others did not. In my experience this had more to do with the person and less to do with their experience. Those are the facts!

The fact that 95% of hires are newbies, for whatever reason, is enough for battle lines to be drawn, with vets hunkering own. With these hiring practices, the DOE, the principals, the reality, SCREAMS to everyone...only newbies are good or great teachers....vets must go. To ignore this fact, that only newbies are being hired when given the choice...is to be intellectually dishonest, an to be playing games. Vets have no reason to believe that they will be assessed fairly, given these circumstances...

Where did the number of 95% come from? Is this your assumption or did it come from a study? Please share where you got your "facts" from.

I narrowly missed being an ATR. My school closed and we were not hired by the new school. I was "excessed" and was told to teach out of license for the year. Fortunately, a kindly principal took me in and put me on payroll.
ATR's are a DOE creation. In the preATR days, it was the Board of Education who came up with positions for excessed teachers. Teachers knew they would have a place. Not excessed teachers are basically "schoolless".