To The New Chancellor. Let's Do What's Best For Our Students. 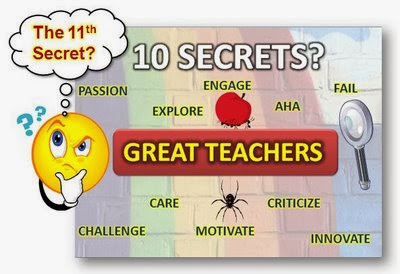 There is little doubt that under the imperious regime of Mayor Bloomberg that the New York City public school system has changed.  The problem was the change was not for the better and was based upon phoney education reform principals and had no appreciable effect on real student academic achievement.  Instead it resulted in closed schools, demonizing the teaching profession, gypsy teachers without a classroom, an influx of inexperienced and untested teachers, and the lowest teacher morale in memory.  Therefore, the new Mayor and Chancellor should bring back long-studied principals in education that benefits the students and not the wishes of those non-educators at Tweed that hopefully be terminated by the new De Blasio Administration.

First,  impose a "hiring freeze" and require principals to hire the many "quality teachers" currently languishing in the ATR pool (2,000+) and not the "cheapest teachers" as is currently being done.  To encourage principals in doing the "right thing for their students", give the school an incentive, similar to the November 2008 ATR agreement   No Principal would be allowed to hire new teachers if there are teachers in the subject area currently in excess in their District.  "No exceptions should be permitted".  The result would be more "quality teachers" in the classroom and the principals wouldn't have to "roll the dice"  and use the students as "guinea pigs" on whether the "newbie teachers" could actually teach.

Second, reduce class size to a more manageable size.  Under the Bloomberg years, class size has actually risen since he came into control of the schools.  In fact, at a speech in MIT two years ago he said that if it was up to him he would have class sizes of 70 students with half the teachers. The biggest increases occurred in the lower grades where study after study showed that class size is an important factor in student learning. The placing of the ATRs into the classroom, where they rightfully belong, will go a long way in achieving the class size reduction goals.

Third, give adequate resources to the schools.  Since 2007 the average school has seen a reduction of 14% in resources and a 32% decrease in school support services from Tweed.  Under Bloomberg it has been an "education on the cheap" policy as the schools are starved for resources, forced to hire the "cheapest teachers", scrimp on classroom supplies, and are required to put the school's stringent budget over the education of their students.  To reverse this, the DOE should, once again, make teachers a unit and eliminate the "fair student funding formula" that doesn't work.  Having the Central Office control the teacher budget line would relieve the pressure on principals to hire untested and inexperienced teachers, instead the principals could interview for the "best teachers" for their schools.

Fourth, Eliminate the nearly useless and money sucking "Children First Networks" (CFN) that have destroyed neighborhood and parent involvement in the schools. Give more authority to the District Superintendent's Office as they are more in touch with community concerns and remediation as well as for a parent to go to with complaints or other issues.  In addition, bring back the neighborhood schools.  It's unfair that some students are forced to travel over two hours to a school because the schools in their neighborhood didn't select them. This is especially true of the Bloomberg small schools where an unofficial screening process is used to keep out the "high needs" students.

Fifth, overhaul the teacher evaluation system and make it more flexible and classroom friendly.  Furthermore, the "common core" requirements need to be loosened until it becomes easier to incorporate into the curriculum.   In other words  let teachers teach in a way that best for their students ability to learn.  One of our colleagues Arthur Goldstein found this video of Charlotte Danielson saying that student tests should not be used in a teacher's evaluation.  Too bad, the State doesn't listen.

Finally, improve the existing "rock bottom" morale in the schools by showing school staff the proper respect for their profession.  The first step is to negotiate a "fair contract" with the UFT, eliminate the "gotcha mentality" that permeates the higher levels at the DOE, and encourage true collaboration between school administrators and staff, not the "us against them" mentality that is encouraged by Tweed. A happy staff makes for improved classroom environment and better student learning.  Now that's "children first, always".

Chaz, I know you expressed support for Kathy Cashin as chancellor -- I think you need to be careful based on her history. I do not think ATS would fare very well. Nor teacher rights.

I support a Chancellor who will do what's best for the students.

Yes, I expressed support for Ms. Cahin based upon what I know of her resume. However, I still have an open mind and that there is somebody better like Dianne Ravitch

Love the post, but nothing is going to change in the DOE or city politics. It is a stumbling giant that does not care for or want to operate under what is best for students. The DOE is and always will be babysitting under the guise of education. No one really cares at tweed whether or not kids learn

I agree with you on all the issues but the implementation will depend on how much housecleaning the new Chancellor will do.

What's sure is a contract and the ATR pool will shrink. However, I don't see the de Blasio Administration being able to do everything by the next school year.

Check out the NY Times article of 12/01/13 that says some unbelievable garbage about ATRs.