Democratic Platform Is Pro Public School But What About Hillary Clinton? 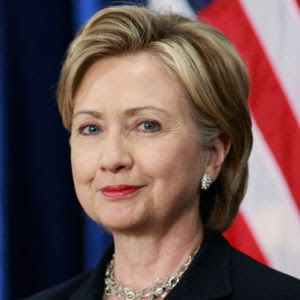 Sounds good right?  Unfortunately, there is a problem, the Democratic platform is not the President's platform and Hillary Clinton, despite her friendship with AFT President Randi Weingarten is very close to many hedge fund managers who are the source of funding for the for profit charter schools and some of her closest advisers are part of the education reform movement and believe in teacher accountability by high-stakes testing.  What would Hillary do as President?  The answer is unknown.

The real problem is that Hillary Clinton is considered dishonest and untrustworthy by 67% of the voters and she and her husband has way too much baggage to dismiss.   Be it her email issue, Benghazi, her secret paid speeches to Goldman Sacks, and of course her skirt-chasing husband.  While she may not be a crook as Donald Trump likes to say, it certainly appears she believes she is entitled to do as she pleases and the rules don't apply to her.  That's why what she would do as President when it comes to education policy is unknown.

Hopefully, Hillary's friendship with Randi Weingarten and the blowback the Obama administration has received as parents and even States rebelled against the Obama imposed high-stakes Common Core tests which forced the resignation of the Education Secretary, will result in the Democratic party's education plank to become policy.  Only time will tell, assuming Hillary is the new President .
Posted by Chaz at 4:06 PM

It's a big assumption that Hillary will win. Weingarten's promotion of her is a HUGE turnoff for many teachers, especially NYC teachers who remember teaching before her parting gift of the 2005 teacher's contract. That she would endorse Hillary many months before the primary and with no input from the teachers she purports to represent was outrageous. That she woud do so without assurances for public education and her constituancies (not herself) is a further example of the monarchical leadership that seems to exemplify the UFT and AFT. Many believe it was done for the Secretary of Education slot. (Perhaps she should come out publicly and say she has no interest in the position to garner the votes of those on the fence - yeah right!) I will vote for Hillary, in spite of Randi's endorsement - not because of it. I know many teachers who will not.

Read today's Newsday article about commissioner King and his threats to the opt out movement. Will Clinton continue with King??

Benghazi was a Republican witch hunt that resulted in 8 investigations at a cost of 7 million dollars. It was led by a Republican house and they ultimately had to admit there was nothing she could have done. As for the emails, that's yet another Fox talking point that the Republicans ran with and handed off to FBI director James Comey, also a Republican, who found that she did not violate the law. Notice that others who actually WERE hacked, like GWB, Colin Powell, and Condoleeza Rice were never even questioned--because they are Republicans and not a Clinton. And exactly how do Bill's indiscretions show that Hillary is untrustworthy?

Frankly, I think teachers should be dancing in the streets that the Democrats have utterly rejected the deform agenda of Obama. This is an incredibly encouraging development, and Randi had a huge role in implementing that language into the platform. Yes, it is just a platform, but it pushes a Clinton administration in the right direction. If we continue to push, we may just be able to rerail the deform agenda.

The alternative is Trump, who would appoint judges who would uphold Friedrichs, end unionism as we know it, push charters and vouchers, and eliminate the Department of Education.

Emails and Bengazi? Mistakes that cost 4 lives. Meanwhile Bush/Cheney lied us into Iraq at the cost of tens of thousands of lives and trillions of treasure. Speeches to Goldman Sachs? Wall Street is a prime engine of NYC economy. Im glad she supports a regulated Wall Street. And as for skirts, let he who is without sin... like Gingrich, Hastert, and scores more. She's a hard worker and will support us and our professional. I'm with her.

Secretary of Labor, I think. Not Sec of Ed.

I do not believe our union should endorse any political candidates at the national level, let alone work for them actively. What about the political diversity of the members?

Mr. Talk, you're very naive when it comes to Randi. Randi does what's best for Randi, if it happens to be good for teachers it's merely a coincidence.

I wonder if Mr. Cuomo will be willing to dismantle his support for testing and punitive measures after all his hard work to create it ...

ESSA strongly backed by Weingarten is a law mandating 95% testing. A party platform is a rhetorical exercise.

I know many teachers who are voting for Trump.