Why Teachers Should Not Resign Under Section 3020-a If You Are Charged With Incompetence. 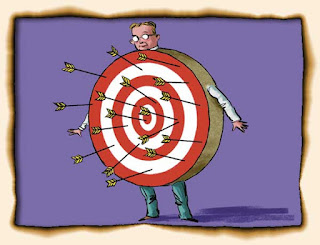 It's common knowledge that most NYSUT attorneys recommend that the teacher resign rather than face an almost certain "award" of termination is found to be incompetent (ineffective)  by the arbitrator.  The NYSUT attorney will tell the hapless teacher how the UFT leadership agreed to a more draconian teacher evaluation system that shifts the burden of proof onto the teacher rather than the DOE. The NYSUT attorney will tell you by resigning the teacher could get another teaching position outside the DOE.  While some charter and private schools might hire the teacher, many teachers who were terminated by the DOE have also found positions in these schools as well.

Here are some reasons not to resign and make the NYSUT attorney to fight for your job.

First, despite how the new teacher evaluation that makes it easier to terminate alleged "ineffective" teachers, if you can show evidence of discriminatory or disparate treatment relative to your colleagues.  For example dumping the majority of behaviorally challenged students in the cohort into your class and the administration's refusal to discipline them or using a different observation rubric on the teacher than used on other teachers.

Second, by resigning you will probably have a difficult time in getting NYS unemployment which is $420 per week for 26 weeks..  By contrast, if the arbitrator terminates you for incompetence you will at least, get NYS unemployment and have some money coming in for a half a year.

Third,  by resigning you are immediately taken off payroll and health benefits stop,unless the DOE is willing to make a deal to keep you on for the remaining semester.  On the other hand, by forcing the NYSUT attorney to fight for you, you can stay on payroll for another 6 to 12 months before a decision to terminate you is made.

Finally, if you resign or get terminated you automatically lose all the retroactive pay owed to you.  That could result in almost $45,000 for top salaried teachers who resign this school year. Therefore, its in the teacher's best interest to fight the DOE charges. Back in January of this year the NYS courts dismissed a class action lawsuit by four teachers who resigned and where told they could not receive their retroactive payments.   The entire case can be found on EdlLawFaqs blog and is interesting reading.  The bottom line is if you are charged with incompetence by the DOE under 3020-a then make the DOE take you all the way through the 3020-a hearing process and if your NYSUT attorney recommends otherwise and is stubborn then it might be worthwhile to look into a private attorney.  Resigning gives the teacher no benefits and  will result in the teacher not receiving unemployment and with a 0% chance of getting their retroactive raises.

Of course every teacher should look at all the different issues whether one should resign or fight the 3020-a charges of incompetence but on the face of it most teachers should try to fight the DOE charges as best they can and not make it easy for the DOE to remove you from their payroll.

I resigned earlier this year (as of February 1st) and applied for unemployment at the beginning of March. I resigned to avoid termination from incompetence charges. It is incorrect to state that people will not receive unemployment benefits if they resign. I have been receiving payments since the end of March. Just thought you should know that it is possible to receive these benefits even if you resign.

The first myth that we need to debunk is that once you're discontinued or terminated from the DOE, you have no other job options. This is not true. You will more than likely not be able to continue to work with the DOE which is unfortunate, but there are many schools that a discontinued teacher can still go to. I was discontinued and despite what I've been led to believe by some people out there, people still have plenty of viable job options outside of the DOE. I am working in my second charter school right now. I have been given several job offers in private schools and charter schools within the last several years. There are aspects of the DOE that I do miss such as longer summer vacations, fewer work hours in the school day, TDA, and the TRS. However, it is extremely unrealistic that I would stay in the DOE long enough to reap those benefits. It is pretty much an equal playing filed for a relatively new teacher in either public or charter.

You are fortunate that you received unemployment since most of the people who were forced to resign were not so lucky.

It is so sad that normal, competent teachers now have to fear getting canned for no other reason than that the new administrator doesn't like you, or wants to 'build their own team' from people only they hire, or because you have not fully embraced the reform flavor of the month. (Backwards planning, measuring grit, common core, new math, whole language, project-based learning, workshop model and on and on.)

Every teacher I know is on some level of disillusionment now, and most of the newer teachers (less than three years) talk openly about switching careers. The teachers I work with have been abused for four years running by administrators who literally are power-mad tyrants. Who told new admins that their job is to keep their teachers nervous, uncertain and always fearful of being replaced? Oh, the Jack Welch school of business adopted by the reform movement!

Anon 12:02 - Ordinarily here in New York State a resignation from a job excludes one from receiving unemployment benefits. For obvious reasons.

I was forced to resign or get terminated for incompetence 2 years ago and was refused unemployment when the DOE challenged my application. They even sent a lawyer to contest it in my appeal to a judge.

I was told that resigning is better because it's easier to come back into the Board of Education. However when you are discontinued you are red flagged into the system. Principal s are not willing to hire you. Is this true.

That is correct. While principals from another district can hire a discontinued teacher, they usally can't because of the flag put on the teacher's file.