Income Inequity Is Due To Education, Family, & Community. 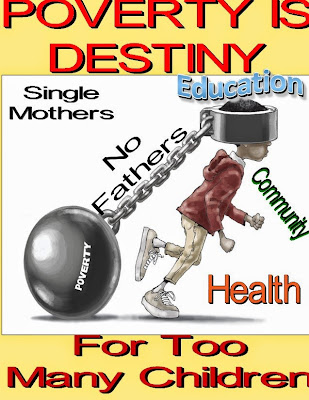 Over the years various studies showed that social-economic factors had a strong correlation with the success of children as they reached adulthood.  Most show that 80% is associated with family and community while the remaining 20% are associated with the schools and only between 1% and 14% on their teacher.  A Pew study showed that the highest paid cohort were Asian men.  That's right,  this cohort averaged $24 dollars per hour while White men averaged only $21 dollars per hour.  Lagging far behind were African American males at $15 per hour and Hispanic males at $14 dollars per hour. For the last two minority groups these wages remain essentially unchanged since 1980 while Asians and Whites have seen significant gains since.

Interestingly, the gender gap between men and women have narrowed significantly since 1980. As White women have narrowed the income gap from 60 cents to 82 cents ($17 dollars per hour) compared to white men.  The highest paid women were Asian and they averaged $18 dollars per hour.  By contrast, like their male counterparts, Black and Hispanic females lagged far behind at $14 and $12 per hour respectively and showed only a slight increase over 1960 levels.

According to the Pew study, the stable family unity (mother and father), community standards, and school environment is the primary reason for the income inequality and explains the rapid rise of the Asian income levels.  In fact, the Pew study appears to show the following:

Pew's findings may feed into the stereotype of Asians as the "model minority," which holds up Asians as studious and hard-working and can come with its own set of negative issues. The stereotype fails to view Asians as individuals, and ignores economic differences within Asian communities, for instance.

Moreover, what the study appears to conclude is that   while a stable family and the ability to work hard in school serves all children well, the quality of schools at the K-12 level also plays an important role in future earnings, regardless of race or gender. In addition,the Pew study included the following statistics:

Post-recession years, workers with college degrees have pulled farther away from those with only high school degrees, in both earnings and job opportunities. About 53 percent of Asian-Americans older than 25 have college degrees, compared with just 36 percent of whites, 23 percent of blacks, and 15 percent of Hispanics, Pew noted.

While a zip code is not destiny, it makes it extremely difficult to break out of the deep poverty, unsafe community, and poor school environment that plagues many urban schools and limits the income potential for many minority students who come from single parent households who are more concerned with their economic needs and safety than becoming a successful adult.
Posted by Chaz at 7:54 PM

Welfare, public housing and many city, state and federal programs penalize marriage. This is what created much of illegitimacy issues we see today. Moynihan predicted it all in the late 1960s. I believe it's intention is to keep the poor, poor. It's worked, because it completely destabilizes the family unit. Once that happens,everything else has a much greater probability of falling apart (for that family) and it's only with tremendous struggle that the cycle started can be broken. Blaming teachers sounds good when the goal is to privatize the schools and make a fortune publicizing stats as evidence low income students aren't doing well in school. If the government really wanted to change things they should incentivize marriage.

Never depend on single income. Make investment to create a second source. See the link below for more info.