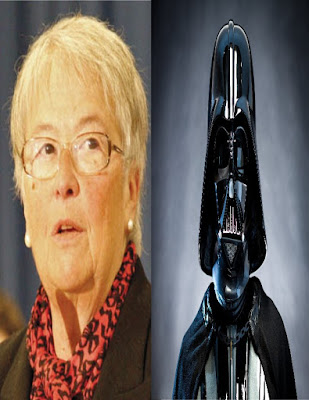 It was only two years ago when Carmen Farina was made Chancellor and UFT President Michael (don't call me Mikey) Mukgrew claimed there was a new tone at the DOE.  However, we now know that the evil empire at the DOE did not change but continued as the Chancellor kept 80% of the Bloomberg policymakers in place at Tweed.  Under Chancellor Carmen Farina, she has maintained large class sizes, a bloated DOE Central, froze already tight school budgets, kept the destructive "fair student funding" and refused to remove the incompetent and vindictive Leadership Academy Principals that she promised to do. Read about the latest Leadership Academy Principal with no classroom experience who's in trouble for alleged grade fixing and cheating on the Regents.

Worse, was the requirements imposed upon the ATRs under Chancellor Carmen Farina.  First there were the field supervisors who were supposed to assist the ATRs to get positions but in reality they were used to help terminate the ATRs.  Then there was the 2014 contract that made ATRs second class citizens and some became untouchables,  Finally, the DOE decided to abuse the ATR Agreement by misapplying rotating ATRs into temporary provisional appointments simply for the purpose to terminate them in a one day expedited 3020-a hearing.

It now appears the disconnected union leadership has finally realized that the evil empire still exists and has refused to extend the ATR agreement after they saw first hand how the DOE was abusing the provisions.  What is really disturbing is that the union was willing to extend the ATR agreement, with minor changes, until the DOE overplayed their hand and systematically was abusing the temporary provisional assignment simply to terminate ATRs under the ill-defined "problematic behavior" clause.

Whatever the reason why the union decided to sunset the ATR agreement and revert back to the 2011 provisions, its still far preferable than continuing the terrible 2014 ATR agreement that has caused many an ATR to face 3020-a termination charges.  Maybe our union leadership will now do the right thing and fight to help the ATRs regain their rightful place in being appointed to vacancies permanently and not provisionally. That means eliminating the DOE's discriminatory listing of ATRs who won their termination hearings and the elimination of the scarlet letter on their files even when an independent arbitrator found that the charges against the teacher was found not to be true,
Posted by Chaz at 10:24 AM

Chaz, you are the best. I look forward to your insights and analysis and you have not failed me when it comes to your articles.

Dwarka and her minions will fall.

This is my go to blog. Thank you for reporting this

They still haven't figured out that they're paying 6, 7, even 8 principals in one school bldg. haa!!!! We got 7 clubs for this, 7 clubs for that, 7 different proms, 7 different yearbooks. So funny. You know who's making the real money? Catering halls. Imagine doing 7 proms instead of just one? Multiply this by all these ridiculous high schools. These halls are killing it. We have 7 chess club coordinators in my building. Hysterical. Dumbest thing I've ever seen. Talk about saving money? Hmmmm, imagine if there was one principal and one school, one prom, 1 team, 1 coordinator for each club, etc? How much would the DOE save?

There are more ATRs for next year. There are the ones who will be force placed for a year from closing renewal schools, but there's also those from schools that have been merged. Many schools will begin to be merged to save costs and blend a failing school into a good school. Several teachers I know are now first time ATRs because of this. Metropolitan HS and Peace and Diversity HS is now one such school.

Farina has had few accomplishments other than the 4 teacher/parent nights (which are always eerily quiet - I think I saw a ghost at the last one - it was my career). Classes in good schools are packed and in bad schools empty. The schools are still completely segregated. Inexperienced teachers are failing miserably while experienced teachers are stigmatized and wasted as ATRs. Discipline is no where to be found and many of the schools are simply dangerous. Students and administrators are cheating and often still failing with the answers and phones right in front of them. Leadership academy principals are still looking for their clipboards and an army of lawyers wait in the wings to terminate any teacher they can get their hands on. DeBlasio is beyond inept, or as the Smith's song goes, That Joke isn't Funny Anymore. Hopefully, I'll be out before Bloomberg comes back for a fourth term. Happy 4th (of July)!

The policies in placed of the DOE continue to be a failure.