The Academic Achievement Gap Is Caused By Family And Community, Not The Schools. 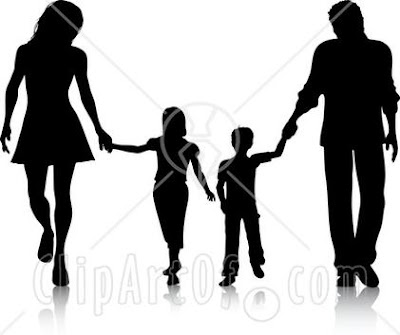 Approximately 50 years ago, the Coleman Report was published and it showed that the primary factor in a student's academic achievement was  the family environment, the community the child lived in, and peer interaction.  On the other hand, the quality of the schools and teachers had minimal effects on the student's academic achievement gap.  While many education scholars have tried to debunk the Coleman Report but the study has stood the test of time.  Even the esteemed Democratic Senator Daniel Patrick Moynihan realized that the family unit was the primary factor in the success or failure of a child.  He even wrote his own report that showed racial inequality was due to the family structure.  The Senator started citing the Coleman Report as well as his own study in speeches around the nation and received blowback from Liberals and Progressives for laying the blame on the crumbling family unit (lack of fathers and lack of income) in high poverty Black communities and not on the inequality and segregation of schools.

Now 50 years later both the Coleman Report and Daniel Patrick Moynihan's study has withstood the test of time and while education scholars have used more sophisticated methods in determining the factors that cause the student achievement gap, the bottom line is it all starts with the family and community environment that the child is exposed to before they even start school.  Chalkbeat has an excellent analysis of this and can be found Here.

While schools matter, the most important factor is the family unit and the income that unit generates and when children grow up with limited childcare, lack of fathers (role models, and financial stability) and is surrounded by similar family units in low income communities, these students are starting off educationally behind when they enter school and will increase the academic achievement gap going forward unless drastic action is taken to improve the family environment.  Blaming the schools and their teachers for the academic achievement gap is simply ignoring the real truth.  Its the family unit and the community the child lives in that are the primary factors that determine a child's academic success or failure not the quality of their teachers.

Is student diversity of the schools a worthy goal?  Absolutely.  However, will it really help narrow the student academic achievement?  Not likely, since the students will still be leaving school back to a low-income community (especially the public housing complexes) that feels unsafe, and insecure where deep poverty and lack of fathers are common, and their role models are the community's adults who hang out on the corner rather than their teacher.  Not a hopeful outcome for educational success.
Posted by Chaz at 11:08 AM

The government penalizes marriage for everyone, especially for the poor. Middle class and rich families may manage that penalty, but the poor cannot. This destabilizes the entire family structure for millions of people, including our students. We all have the right to get married, but fewer and fewer can afford to do so.

Like I've said before on here Chaz, the town I live in has multiple elementary, middle, and high schools. Depending on your location within the town, you go to whatever school you are zoned for. That's it! We see families at the supermarket, teachers at local stores, friends in the community who had teachers that my kids will have shortly so we discuss characteristics, etc. It's fun. It's exciting. There's true community involvement, real community involvement. The high school I work in within NYC has these really fancy professional signs plastered throughout the hallways. They all read the same thing, "COMMUNITY SCHOOL". Like somehow, we are a true community school. I think it's some fraudulent idea developed by the DOE and UFT. Let's put these signs all over the place and make believe this school is a Community School. The funniest thing is that 8 out of 10 students do not actually live in the community that houses the school. 80% of our students come from other zip codes, 1 hour south, 1 hour north, half hour west, etc you get the point. How in the world do they have the nerve to proclaim that any high school in NYC is a Community School? The whole point of that term is that the community attends the school. I have never, ever, ever seen such mass dysfunction. The other problem Chaz is that the parents just don't really care or know how great it is elsewhere. They just don't know. If they saw what was going on in my home district, their heads would spin. It's a shame, however no one really cares. If they did, it would've been handled slowly as DeBladio took over. This November will mark 3 years with no serious movement to combine high schools to bring back community. Chaz, how can I get you a picture of these posters throughout the school. You have to post this picture up. It's so sad. The balls to hang up signs that say Community in a non community environment. Disgusting!!!!!!

The facts and truth don't matter to the "progressives" who have a IDEOLOGY.
And this has been going on for 40 years as people who knew better lost the war of ideas.
So accept it and learn to love this mindless nonsense because no matter how bad things get, your progressive friends and masters will never see the truth.

As educators, the one piece we have the most influence over is the schools. That's not to disagree with you, but rather, to identify the place where we can make a difference.

The most important take-away is that schools and teachers should not draw primary blame.

However, we know that segregated schools were unequally resourced, held to unequal standards, etc, etc.

We should be advocating for integration, both of schools and of staffs. Where integration has not happened, or has eroded, we should advocate for even resourcing between schools and districts.

Alone these are not enough. I agree with your sentiment. But that is not an excuse for not doing our part.

Every time I hear a 'progressive' cry about inequality or segregation I frown. Those of us who are white and have roots that reach back decades can speak of tons of poor whites around us who still seemed to do mostly alright in school. The family structure was stronger back then, so even if your dad worked like a slave in a factory, if you acted up in school you knew there would hell to pay at home.

As for segregation, the liberal belief that black kids can only learn if seated with white children is patently disgusting. Oh, they will deny that is what they mean out of one side of their mouth, but then out of the other side they will imply that very same thing!

3:23, That's not a liberal, conservative or common sense belief that I'm aware of. Integration stops stereotyping and racism from growing in all races that are segregated.

I always wonder why integration and diversity is only spoken about with regards to whites and other. For example, you may have a school that in 30% black, 30% latino and 30% Asian, and they will say the school is 'segregated.'

Must a school have white kids to be successful. In certain areas of Silicon Valley, Asians are taking over the school districts and whites are leaving because the Asians focus only on study, study, study and are outscoring whites by miles. Should black schools be clamoring for Asian students to be integrated?

At 12:10...the most eloquent description of progressive ideologues ever....their heads are stuck in the sand...and they force everyone else to do the same...