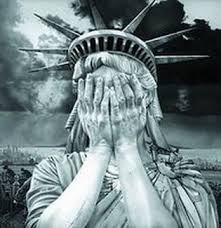 In today's New York Post there is an article about the two female teachers at James Madison High School in Brooklyn who were caught in an empty classroom being intimate with each other was targeted for termination and were initially terminated by the State arbitrators in their 3020-a cases, under extreme media publicity and DOE pressure.  However, on appeal both teachers had their terminations overturned by the judge under section 75-11 and both ended up with one year suspensions without pay or benefits.

By contrast, John Bowne High School Principal Howard Kwait has cost the DOE  $500,000 to settle two separate sexual harassment lawsuits and having a female student falsely arrested.  Yet, Howard Kwait was not removed from the school and the DOE never bothered to file 3020-a charges against his alleged  misconduct, including accusations of grade changing.  To me that is a double standard.

While I don't condone what the two teachers did in the empty classroom, at least they were consenting adults who simply picked an inappropriate location to have their intimate moment.  On the other hand Howard Kwait allegedly sexually harassed two female Assistant Principals and was fined by the Conflict of Interest Board for taking a trip overseas with a female staff member of the school.  Which is worse?  The two female teachers having an intimate moment in an empty classroom with no students on the floor or Principal Howard Kwait, who's actions cost the city  $500,000 to settle the lawsuits against him and his ill-advised all expenses paid trip with a female staff member overseas that cost him $4,500?  To me it's definitely the latter.

It just goes to show that the DOE's "double standard" continues be it Mayor Bloomberg or De Blasio.

Does Mulgrew have the same pass as the horn dog principals of the DOE? Was he reprimanded for using for fornication in the classroom?

Agree, of course,. with the theory that there is a double standard at play. I would like to say, however, that I wish all of the attention to these two would just go away. Not because I feel they've been mistreated (thanks to the court system, they haven't) but because I'm sick to death of hearing about them and having their poor judgement and decision making associated (thanks to the press) with our profession.
I'm not trying to stick my nose in the air or anything, and I of course believe in defending our kind and principals related to fair discipline, but, let's face it, Chaz, they're not exactly the finest ambassadors the job has ever had.

And, just to be clear,y actual frustration isn't with them being in the news so often, as much as it is with the news putting them in the news. I have an issue with the MSM consistently covering them.

Wasn't Namita Dwarka, the evil skank Principal from Bryant HS engaged to Kwait? It figures, "birds of a feather, flock together......."