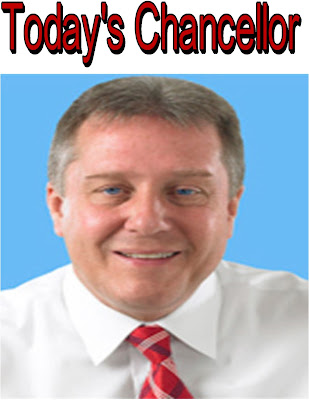 It has come to the attention of this blog that there will be major changes at both the DOE and the UFT today.

First, Chancellor Carmen Farina has retired for good, effective today.  In her farewell speech today she will admit that she was a vast disappointment to educators and failed to  clean house needed to make the necessary corrections to improve the school system.  She apologized to students, staff, and parents for her incompetence. The Mayor, wasting no time, appointed Education Committee chairman Danny Dromm as the new Chancellor.  Mr. Dromm, once a middle school teacher, has already started to clean house at Tweed.  He already sent a letter to all Superintendents asking for their immediate resignation.  Moreover, Mr. Dromm,  has stated that the Bloomberg policymakers retained by Ms, Farina will be fired by the end of the school year.  Finally, the new Chancellor has already outlined major changes in running the New York City Public Schools.  They are as follows:

The UFT leadership has also responded to the changes at the DOE with changes of their own starting with President Michael Mulgrew who promised the following:
Both Chancellor Dromm and UFT President Mulgrew agreed to negotiate a fair contract with upfront raises and improved benefits like a ROTH TDA and give all UFT members their 8.25% interest back.  Finally, the DOE and UFT will work closely in developing a fair and clear teacher evaluation system that does not rely on test scores and the punitive Charlotte Danielson rubric.

Of course today is April 1st and we all know its also "APRIL FOOLS DAY".

Realizing how sad it is that hoping for common sense and initiatives that really would help teachers and students are really the punchline of an April fools joke.

We teachers and UFT members are the biggest fools of all, everyday of the year.

The UFT is corrupt, and on the wrong side.

Chaz, love your imagination. Really got a good laugh.

Chaz, you really had me. I was cheering reading this.

Any word if atr rotations are done?

Amy and supervisors give vague answers

what a wish list... you really had me fooled.
i actually was feeling a physical relaxation in my body as I was reading your fake news. So sad, i actually was excited. i had so many positive thoughts running through my mind like maybe i am going to make it, maybe the next four years won't be so bad, maybe DeBlasio isn't a do nothing Democrat, maybe the UFT isn't a fraud... what a fool believes

I reread this post, Chaz. Everything on here makes sense for everyone. The first step is to end mayoral control and bring back the Board of Education. Ban mayoral control forever.

Fariña runs the DOE as a dictator.

Rumor has it there will be no more rotations and ATRs will be forced placed come Sept. 2017.