Another Terrible School With A Leadership Academy Principal 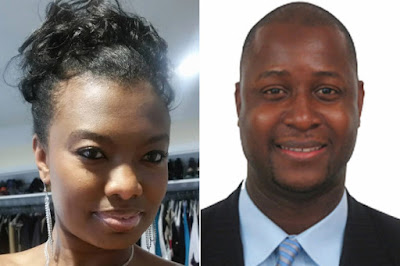 If you have been following the news in the last month we now have another candidate for my "bad principals" posts.  He is Leadership Academy Principal Steve Dorcely, with his only teaching experience as a substitute teacher before becoming an administrator.  He runs one of the failing Bloomberg small schools at the Carnarsie campus.  The school is called the "Urban Action Academy" with only 299 students, a 60% graduation rate and only a minuscule 5% "college and career readiness" score.  That metric is a 12.0 score and makes it a real diploma mill with little educational achievement (according to me a metric of 3 to 1 or less is required for a school to produce academically proficient students). Only two high schools in Queens have worse statistics than the "Urban Action Academy".

The Principal and one of his assistant principals have been accused of Regents cheating by staff and failed to seriously investigate a cyber hacking incident against one of the school's teachers.  Instead the DOE's Office of Special Investigations will now do the investigation, when the Canarsie campus head of security notified his superior of the incomplete investigation by Mr. Dorcely of the cyber hacking incident.  Interestingly, Principal Dorcely claims he now is doing the investigation himself and miraculously has now identified the two students who were involved in the cyber incident he previously claimed he was unable to identify.. Will the DOE allow this principal's self-serving phony investigation to continue?  Past experience would seem to confirm that the DOE will hope the media attention will fade and its back to business as usual at the failing school.

As part of the accusations at the school, the Assistant Principal was to have alleged to have told teachers the following statement:

Teachers who try to stop students from cheating are discriminating against them and should “back off”.

I guess the Urban Action Academy is just another academic fraud factory that graduates academically unprepared students.  Is this  what Chancellor Carmen Farina wants running our public schools?

Thank GOD I live in Westchester. I want to thank my parents for helping me with a down payment on my home several years ago. My kids go to a real school system where administrators actually report to parents and the community. There is no fake PEP team or a fake Network with Fake people who aren't needed. There's no Fake Leadership principals or Fake small schools with 300 kids and a grad rate of below 70%. There's no Fake Deputy Chancellors or Fake Deputy Superintendents or Fake Borough Centers that think they serve a community. Nope, none of these Fake positions, just real buildings with real results. So glad to see the teachers at the local supermarket over the weekend. A true community. Imagine sending kids to "School Choice" buildings, one coming from an hour away, one from down the block, and one from an hour the opposite way? No community, no neighborhood, no nothing. FAKE FAKE FAKE. Disgusting. Good for the DOE for letting it remain the same after Bloomberg. Good for Farina for the status quo. And remember in NYC, it's Students Last. Way too many adults making serious money. Imagine having a Network of adults making 6 figure salaries and no one wants them to come to their schools because it's all nonsense? Yes, ask New Visions. Billion dollar company riding the NYC parents and the parents don't even know the group. Love it!

Another Amy Yager, principal, Cypress Hills, walk in to school, stinks like weed.

It is even worse than reported. The UFT announced in the New York Teacher that during the upcoming school year they will be investigating and reporting schools that have high turn overs. Urban Action Academy under principal Dorcely has had a yearly turn over of more than 50%. He has discontinued and brought 3020(a) charges against 3 teachers this year. If the charges against him are proven, he should be removed and lose his administrators license. BY THE WAY, he is the CSA district chair for several school districts and has never ever had a class of students assigned as a teacher. He went form substitute teacher to A.P. to principal. Farina stated principals should have a minimum of 7 years teaching experience. Lets see how this plays out. OSI investigation?? Problematic!!

You should check out some of the morons that pass for principals and assistant principals in district 27. They can't write a memo, email, or their favorite, LIF, that is grammatically correct. "To" instead of "too", "there" instead of "their" or "they're" and my personal favorite, making a word plural by adding an apostrophe s.

Instructional leaders of the school? What a damn joke. On their best day they couldn't do what I do on my worst.

Hi Chaz, I hope though the cell phone element of the investigation may be easily resolved, that there is a legitimate investigation into the allegations related to cheating. What do you think, based upon your experience, is the overall attitude that the DOE has when dealing with such allegations?

Yeah I came from a district 27 school. Two morons I personally knew were Neil Ganesh and Christine Peterson. They could barely spell their names correctly. Imagine going from excessed teacher to APO overnight only to see your school close and then get appointed as principal for a failing school.

You seem very informed about the situation. Do you know if there is any merit to the allegations of cheating, or is it just a throw-in by the teacher with the cell phone hack? The cheating is of course the more serious charge than not investigating a stolen phone.

The Department of Evil wants the cheating to continue so the illiterate students can pass and the graduation rates look good. Evil at its best.

I took a provisional assignment at Richmond hill high school. Even though I did a demo lesson before being hired, I was immediately targeted with 1- ineffective and 2- Developing to meet their quota. I was excessed in June with an ineffective score when I came in the school as an effective teacher. Do not take any positions there,because if you stand up for your rights and file an APPR complaint. Mr Ganesh will target you more and try to state that you are problematic teacher which can lead to a 3020a action against you. This abuse against veteran teachers has to end.

It is a common practice for Neil Ganesh to target teachers who file complaints or stand up for their rights and he's getting away with it. This man absolutely should have his teaching license and administrators license revolked permanent ly I worked with another teacher who was also targeted with ineffectives and lost her job because she filed a complaint early on in the year

Taught one year at Urban Action Academy. I was so disillusioned and felt so abused, that not only did I leave the school, I left teaching altogether! It was my first year of teaching. No mentor, no constructive assistance from administration, no help from the union! How can the system hope to keep decent teachers with conditions like these?